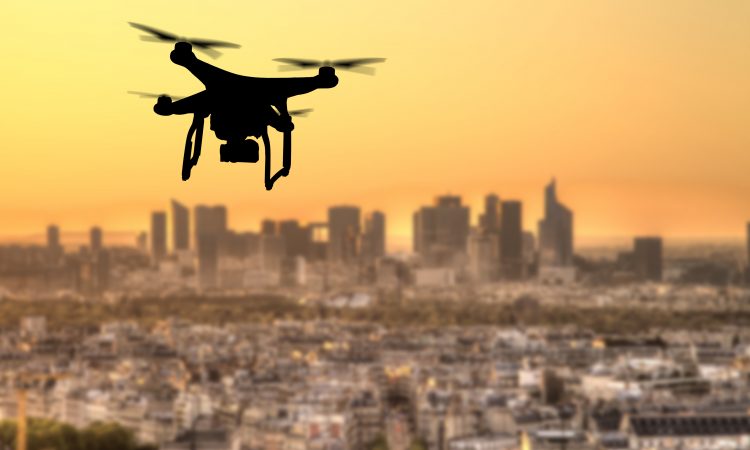 In the USA the Federal Aviation Administration controls the skies from 400 ft above ground level – underneath, it’s up to the local towns and municipalities to decide what lands where. There are a lot of minds that need convincing that any form of aviation is right for them.

Urban Air Mobility can’t work without the “urban”. The focus of this industry will very soon have to get in line with e-scooters and AirBnb to push the boundaries of regulations that were set up in a simpler time. Is it better to ask for forgiveness than permission? The stakes are higher with things that fly overhead.

New York City is a perfect example of the downside of negative public perception. On May 16, 1977, a New York Airways shuttle helicopter servicing a route between the rooftop of the Pan Am building in midtown Manhattan and JFK airport suffered a landing gear collapse which resulted in 5 fatalities. Helicopter service was banned from rooftops in New York City as a direct result of that accident. On June 10, 2019 a helicopter, lost in the fog crashed into a building in midtown Manhattan, killing the pilot. This was the sixth crash of a helicopter in the past 10 years which has resulted in 17 deaths. That has gotten the attention of New York Congresswoman Carolyn Maloney who has called for a ban of all non-essential helicopter flights over New York City.

New York City averages over 200 traffic deaths per year – aviation does not have that luxury. So the industry is going to have to think small as well as big. Grassroots efforts may be needed to change the tide and woo a public that is going to hold both autonomous vehicles and things that fly to a higher standard.

Kevin McGilloway is the deputy mayor Sea Cliff, New York. A village located on Long Island’s Nassau County and 25 miles outside of Manhattan, it typically takes 1 ½ to 2 hours to commute that distance either by train or car. Sea Cliff suffers from many of the standard ills of suburban living: Traffic congestion, drugs, over development. Mr McGilloway is also the executive director of the local chapter of CASA, The Coalition Against Substance Abuse, a national organization with over 500 programs scattered across the United States. In both of his capacities, he already sees some of the advantages of embracing drones. “Our community, because it’s viewed as small and relatively quiet is actually allocated point six patrol cars per day. The police department says we can’t possibly be patrolling all your parks and streets and dead ends with that allocation. So I am increasingly convinced that the budgets are going to force drones to be accepted because we could buy a drone for ourselves and then say to the police that we will use this for surveillance.”

But delivery drones will likely be on the agenda first. UPS and Fedex will deliver over 7.4 billion packages across the US this year. And Uber Eats is expecting to deliver USD10 billion worth of food. These players will likely have the first mainstream commercial drone impact on communities like Sea Cliff. Mr McGilloway expects his constituents to have strong opinions on both sides of the fence but sees the subject as one where the greater good will win out. “So many of these topics are presented as these black and white things but in the role of the administrator in our village, it’s always this trade off between the lesser of two evils. I personally think over time communities are going to say traffic and pollution and the risk of traffic accidents is far greater than having a drone come in and drop a package at your front door.”

Milwaukie, Oregon is a suburb of Portland with a population of 21,000 that has just joined the e-scooter, micro-mobility movement. Across the US, there were 21 million rides taken in 2018 and this form of transportation, in spite of ever increasing injury statistics is showing exponential growth. Still, there are many factors why cities are embracing this form of transportation from alleviating pressure on existing infrastructure to removing the need for individual car ownership. Mayor Mark Gamba is celebrating the recent launch and sees a connection to the future of drone delivery as well. “The basic philosophy is anything that reduces vehicle miles travelled with internal combustion engines, I’m all for and ideally the smaller the vehicle the better. That’s why we’re embracing the scooters. If somebody can get from point A to point B on a scooter instead of even an electric car, eventually the accumulated effect is that there will be less cars made. There’s a giant carbon footprint on making even electric cars so the more we can move away from using one ton of steel to get a 150 pound person or a six pound package from point A to point B, the better.”

As part of a metro mayor’s consortium with over 24 members of surrounding Portland communities on both sides of the aisle, he sees a common denominator bonding them, traffic mitigation. “Every single one of them will tell you there is a congestion problem. So if somebody were to come to them and say, look we can take 10 percent of the vehicles off the road just by delivering packages via these little drones, most of them would eventually embrace that.”

The FAA has recently chosen ten pilot cities to conduct drone innovation projects, including San Diego, where Uber Eats will begin food deliveries.  As Mark and his city council looks at the future, he sees a silver lining in spite of his concerns. “We recognize that things are changing and tend to be a proactive council that’s trying to look for the most positive changes we can find. With this concept of drones delivering packages, there are all kinds of inherent potential problems. My attitude is to look for clear problems that they’re going to create but I don’t start behaving the way that some cities do which they assume the world will come to an end if this if this starts to happen. My attitude is to let it start to happen and then deal with the issues as they arise.”

That sort of “end of the world” hysteria is bound to be felt by some less progressive communities. So the positive attributes of drone delivery have to be put forth front and center to ensure a fair shake of regulatory adoption. Positive environmental impact has the potential to be an angle to sway those on the other side of the fence as many communities are starting to feel the existential threat of climate change and are loathe to consider any change that is not a step in a carbon reducing direction. Hoboken, New Jersey sits in the shadow of New York City across the Hudson River. With a population of 50,000 neatly tucked into an area of just over one square mile, it is considered one of the most densely packed cities in the United States. It’s also in a flood zone and has been a major hub for railroads, ferries and manufacturing dating back to the mid-1800’s. It’s also the first municipality in New Jersey to embrace electric scooters, which just debuted in May 2019.

Michael Watson, president of the Hoboken, New Jersey chapter of The Climate Mobilization, a national nonprofit that develops and advocates for climate mobilization policies, and an elected member of the Hoboken Democratic Committee is only interested in addition to the skies through subtraction on the ground. “My only actual interest in drone delivery service is if these deliveries can reduce the amount of fossil fuels being used to deliver things by trucks and cars. So if these drones are electric and they’re being charged via solar or wind or even nuclear or water based grid then I think I could get excited about it, just thinking of how many cars we can get off the road.” But just because drones may have some green cred, that doesn’t mean that Hoboken is automatically going to embrace them. “I think another hurdle is probably that Hoboken prides itself on being a very small town and close knit community where they’ve intentionally restricted development over a certain number of stories in a building because they don’t want to have an unlimited amount of high rises.” says Michael, “You want to walk around and feel like you’re in a community. And so I could see there being pushback from the community with the idea of drones buzzing around the lobby and the privacy angle too. So my initial take on it would be that I see the upside in terms of decarbonising but I have a lot of other concerns”.

Mr Watson also has a filmmaking background and has worked on productions that have flown cinematography drones. He has seen them in action and views them as a viable tool for commercial use. But when it comes to urban air mobility, he has a lot more questions than answers. “From a filmmaking perspective, I’m already familiar with drones. It was really more of the delivery side I guess I didn’t know much about. In regards to flying cars, I had zero concept that there are already prototypes are on the table. I imagine that there is a helicopter on wheels or something but I really did not know that we were anywhere near thinking about actual flying cars”.

And that mindframe is likely going to be where the majority of the population outside the UAM and drone industries is going to reside: Drones are useful for taking pictures. If they can take cars off the road, then I’m willing to consider the concept, but please don’t let them buzz around my house. And flying taxis will arrive just about the same time as a personal jet pack so it’s not even worth discussing at this juncture.

While this may be an uphill battle, pragmatic minds should allow the doors to crack open. So long as the industry is willing to win the hearts and minds of suburban and city residents, then the path drone deliveries and urban air mobility, can be achievable. And while stats make sense, a charm offensive is likely what’s needed first.