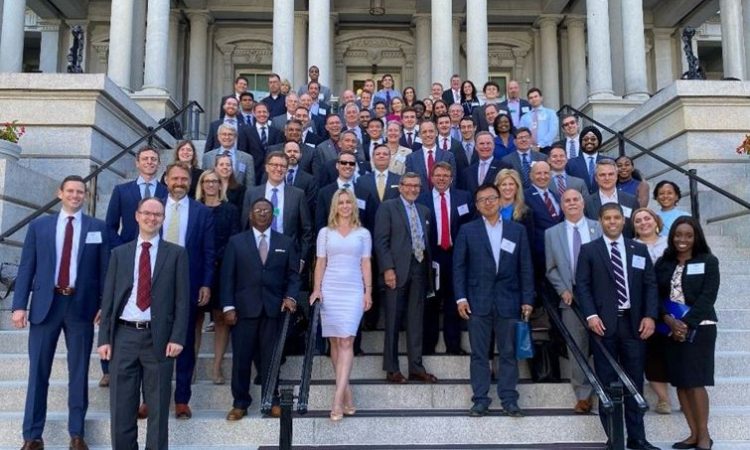 The Vertical Flight Society (VFS) was invited to participate in the first White House Summit on Advanced Air Mobility (AAM) held on August 3rd the organisation announces in a statement on its website.  “VFS Director of Strategic Development Jim Sherman represented the VFS headquarters staff, while VFS corporate members JoeBen Bevirt of Joby and Kyle Clark of BETA Technologies — the CEOs of leading electric vertical takeoff and landing (eVTOL) aircraft companies — appeared on panels on the public benefits of AAM and promoting American leadership and competitiveness, respectively” says the report.

“Held at the White House’s Eisenhower Executive Office Building” the report continues, “the Summit was organized by the White House Office of Science and Technology Policy (OSTP). The event was kicked off by two Deputy Assistants to President Biden: Alexander Macgillivray, the Principal Deputy US Chief Technology Officer, and Dr. Alondra Nelson, Performing the Duties of the OSTP Director.

“Among the keynote presentations were NASA Administrator Senator Bill Nelson on “NASA’s Commitment to Advanced Air Mobility” and Acting Administrator of the US Federal Aviation Administration (FAA) Billy Nolen on “National Airspace Integration for UAS/AAM.”

“While eVTOL developments are the most important and most interesting aspect of AAM to the Vertical Flight Society, an unexpectedly large percentage of the “White House Summit on AAM” dealt only or primarily with uncrewed aircraft systems (UAS) — including a session on counter-UAS. Nonetheless, the event was the first of its kind.  Hopefully future “AAM” events will include more vertical flight AAM applications.”