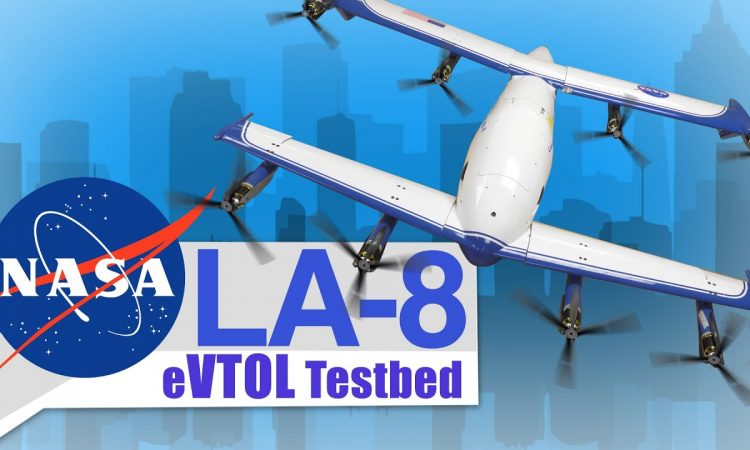 A new video from NASA Langley Research Centre showcases its Langley Aerodrome 8 (LA-8), a modular unmanned aerial vehicle that is being used to explore how different technologies and configurations of eVTOL aircraft will perform in the urban environment.

According to eVTOL.com, described by principal investigator David North as a “flying laboratory for urban air mobility,” the LA-8 is named in honour of Samuel P. Langley, who also gave his name to the research centre where it was built. Langley coined the term aerodrome when he named his series of unmanned aircraft in the late 1890s, his Aerodrome #5 flew for 90 seconds over a distance of a half-mile. “It seemed fitting to honour Langley’s work as we explore unmanned systems,” said North.