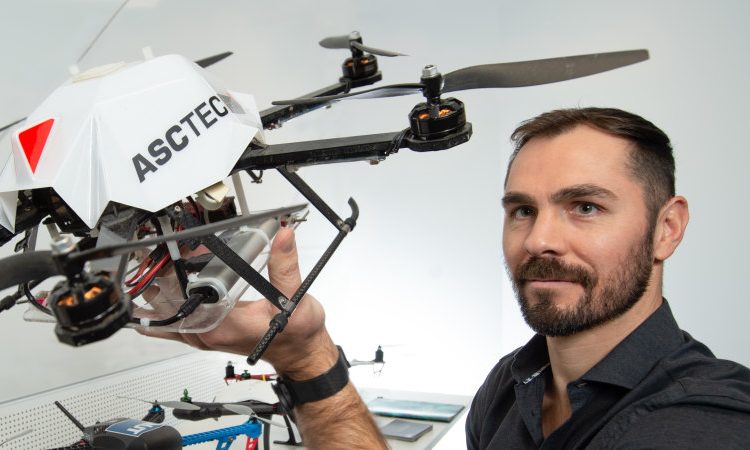 Airservices Australia has commissioned the Queensland University of Technology (QUT) to develop a system to automatically manage flight requests for drones, reports brisbanetimes.com.au. At present, all approvals for drone flights are carried out manually, meaning there could be significant delays as an increasing number of unmanned craft take to the Australian sky.

For, as drone use grows in the commercial sector for potentially everything from food delivery to ferrying medical supplies, the prospect of hundreds of unmanned craft seeking flight approval at the same time is a major future concern.

Paul Stoddart from Airservices Australia says the organisation has asked QUT to help design a scheme that offers flight approvals automatically and in real-time. Stoddart comments, “The drone market is one of the fastest-growing sectors of the Australian aviation industry and there is an important safety role to ensure drones fit in with other conventionally piloted aircraft.”

He continues, “The current procedure for gaining approval to operate in controlled airspace is a manual one, where an application from a drone operator can take up to two weeks to process.” Stoddart explains that commercial operators are beginning to make applications to fly in controlled airspace such as helipads at major hospitals for deliveries of medicine and other supplies. In situations like this, “having to wait two weeks for flight approval is not feasible, and with the number of drones increasing, the difficulty can only get worse if it isn’t resolved.”

QUT researcher Dr Aaron Mcfadyen is leading the work into developing such a scheme that can automatically approve drone flight plans. McFadyen says, “We’ve been working on the likelihood of collisions with manned aircraft in our skies by using official airspace data. We’re developing a system which uses that information to make accurate safety assessments.”

While the system is being developed with a specific focus on drone deployment in highly controlled airspace around airports and helipads, Dr Mcfadyen believes it could easily be scaled up to cover all of Australia’s airspace.

He explains, “Here in Australia and in Queensland we have an opportunity to develop technology that’s going to be key to making that happen. As more players enter the drone delivery market, so having a system that can regulate their movements to stop accidents is valuable, and it needs to be in place before it becomes a problem.”

The work is being supported by Advance Queensland, which awarded Dr Mcfadyen an Industry Research Fellowship for the project. Development of the scheme is due to begin in November and is expected to take about three years.