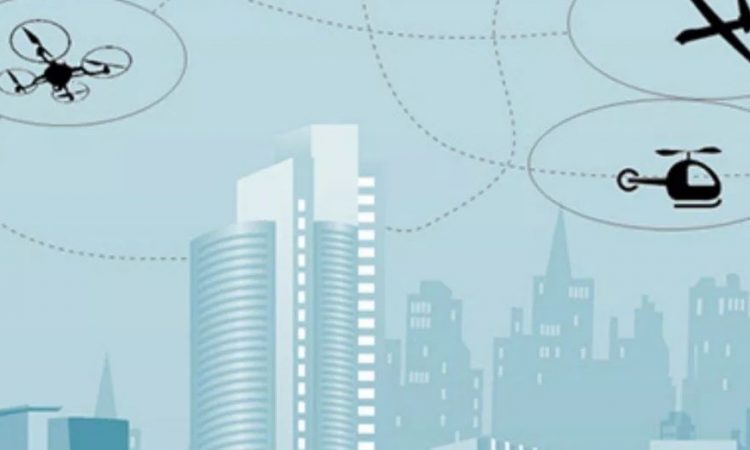 “The City Air Traffic Management (City-ATM) project successfully demonstrated two drones cooperating with each other while executing a bridge inspection, amid active shipping and roads traffic. The Deutsches Zentrum für Luft- und Raumfahrt or German Aerospace Center in partnership with various industrial and academic parties performed the test as part of a study for the future use of drones in urban environments. According to Aerospace Testing International, the project’s leader Stefan Kern, from the DLR Institute of Flight Guidance, said:

“Under highly realistic conditions we demonstrated how two camera drones can work in parallel – from flight planning to detection and identification, through to flight monitoring and conflict detection and avoidance. The use case of a bridge flight provided an ideal test scenario, as it required the drones to work together particularly closely and in a very dynamic way.”

The Köhlbrand Bridge involved two of three drones flying simultaneously, alongside and underneath the structure on pre-set routes. The DLR institutes of Flight Guidance, Flight Systems, and Communications and Navigation provided the drones. The. Unmanned aircraft were equipped with telemetry and communications technology that allowed them to determine their location and status as well as sharing information between the drones and the ground control station.

According to DJI:  “The Deutsche Flugsicherung (DFS) is responsible for air traffic control in Germany. During the Köhlbrand Bridge test, the organization was able to track the drones’ locations and also provided an integrated air situation display. The continuous transmission of the drones’ locations provided a clear picture of the situation in the air to the drone operators at the control station. The test was completed successfully and demonstrated that the drones were able to detect hairline cracks in the bridge….Before the drones were allowed to take off, several steps had to be completed as part of the City-ATM Process. First, the aircraft are electronically registered for take-off clearance and authenticated. During this process, the flight missions are planned and spacial restrictions (geo-fencing) are taken into consideration. The drones’ flight paths are based on basic waypoint planning. Flight performance, local conditions, and time constraints are also taken into consideration. The goal of the pre-flight process is to identify any potential conflicts before the drones take off, especially for longer, beyond-visual-line-of-sight (BVLOS) missions.

“Testing of the City-ATM system will continue into 2020. Other use cases such as the optimal use of drones for rescue workers will be investigated.