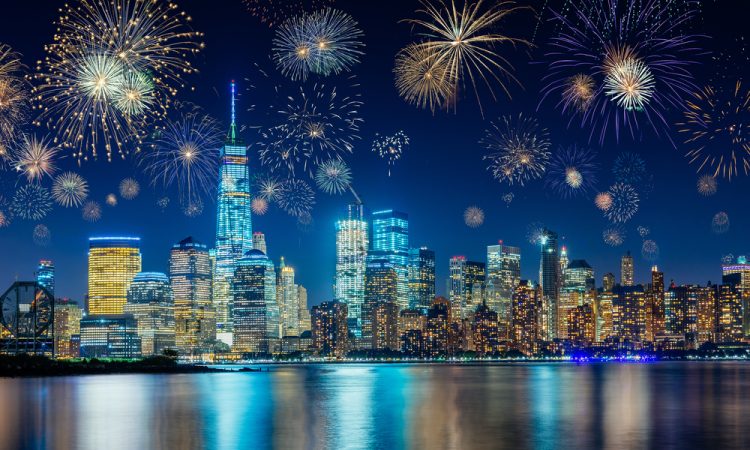 Welcome to the first edition of our regular monthly AAM/UAM city and route development analysis report, based on data compiled within our Global AAM/UAM Market Map . This lists the routes, the route-lengths, the key industry players from eVTOL and vertiport manufacturers to local authority partners, the programmes which are clearly defined and funded, to speculative, over-the horizon opportunities. We identify and describe them all and update the information every week.

The news in late October that LIFT Aircraft had signed a Letter of Intent (LOI) with the owners of Charm, one of the largest helicopter tour operators on the US East Coast of the USA, to offer sightseeing tours around New York from as early as 2023 in HEXA eVTOL aircraft has effectively set off the starter’s pistol for the global urban and advanced air mobility industries.

“LIFT is launching a new concept in personal aviation – anyone will be able to learn to fly its semi-autonomous eVTOL aircraft in less than an hour, and then solo pilot the single seat, ultralight vehicle – no pilot’s license required. Under FAA rules, flights are limited to uncongested flyover areas and uncontrolled airspace – so plans are in the works to develop LIFT vertiports along New York City’s many waterfront areas that provide access to the “Class G”, Visual Flight Rules (VFR) corridor that extends up to 1,300 feet around Manhattan.  Unlike most eVTOL aircraft in development today, HEXA is already approved to fly under the FAA’s Part 103 rules, and no pilot’s license is required to fly for personal, non-commercial use.”

Very close observers of this industry will argue that the industry has already taken off. In July this year EHang performed sightseeing flights with passengers in Yantai, a coastal city in East China, as part of the EHang 216 ‘World Flight Tour’.

But LIFT is developing a more complex operation with vertiports and geo-fencing flight management systems to keep the aircraft confined to pre-defined flight areas and corridors – in other words, an entire UAM eco-system.

Sight-seeing is the one of the key drivers of initial services. In 2021 September, EHang reached a cooperation agreement with China Eastern General Aviation, a helicopter service provider and airspace management company, for tourism flights in Malunshan Base, Linhai, Shenzhen.  eHang eVTOL tourist services are also scheduled for the Guangdong-Hong Kong-Macao Greater Bay Area.  Other early tourist flights planned include the Volocopter scenic circular path within the Marina Bay area (9km) of Singapore and a 6km hop around Jeju Island in Korea.

Some of the flights could take place in 2024 – depending on the speed of certification.

On 23 September 2022, M3 Systems, Pipistrel and Volocopter reported they had completed their first joint flight test campaign in France at Pontoise airfield as part of a CORUS-XUAM Single European Sky ATM Research (SESAR) programme. This is in support of what is widely-expected-to-be the launch of the world’s first intra-urban commercial eVTOL service, in Paris in 2024. There will be two routes: a 21km route from Saint Cyr and the Versailles heliport at Issy-le-Moulineax to the west of the city and a 22 km route between Austerlitz and le Bourget/CDG airports to the west of the city, according to Groupe ADP, participating at the November 2022 launch of the first European Advanced Air Mobility Testbed in Pontoise, close to Paris.

While the initial sight-seeing routes are unlikely to be more than 10km in length, the point-to-point commercial services, such as that at Paris, are considerably longer. Leonardo and Aeroporti di Roma (AdR) want to launch the first commercial UAM operations in Italy between Fiumicino Airport and the city of Rome in 2024 – and this is a journey of around 30km. These longer services offer considerably more complex infrastructure planning and regulatory challenges – not the least because of the probable requirements by regulators to identify potential emergency landing sites beneath these routes, to support pioneering commercial operations of more than 10km. The first US commercial eVTOL service is planned for 2025, with United Airlines connecting Manhattan and the Newark Liberty International Airport hub with Archer Aviation aircraft.

The world will have to wait until 2025 for fully competitive UAM eco-systems to develop. To coincide with EXPO 2025 EHang, Skydrive and Volocopter have all announced competing networks, linking downtown Osaka with the EXPO sites and other tourist services. The shortest of these is Skydrive’s Osaka Universal Studios-Yumeshima island route (length 5km) and the longest is ANA/Joby’s Osaka City Cente-Airport (40km).

What you may have missed Archipelagos

Archipelagos offer AAM/UAM industry pioneers with a potentially hugely lucrative market opportunity. But so far, the market potential of these island states has been largely unexplored. There are two exceptions. In April 2022 eHang announced it had received a pre-order for 100 units of EH216s from Prestige Aviation, an Indonesian aviation company.

The roadmap is a noteworthy document for many reasons but one of the most outstanding is the clarity in the timeline it has set for all eco-system stakeholders to do their job to make this happen. But for other archipelago markets, their potential has largely been the focus of academic, rather than, industry actors.

Meanwhile, researchers at the Department of Shipping, Trade and Transport, School of Management Science, University of the Aegean, have drawn up a high-level plan for the development of an inter-island UAM system in Greece.  More than half of the stakeholders (9 out of 16) reported that interisland connections would consist of a viable network. More specifically, the Cyclades, a complex of islands at the centre of the Aegean Archipelago, was considered by the Greek experts a viable market for UAM in Greece. “The Cyclades include several islands, such as Naxos, Paros, Santorini, and Milos, constituting the most popular tourist destinations in Greece. An interesting opinion that was also expressed by a stakeholder was the development of a UAM network among various destinations within Crete. For instance, connections such as Rethymno–Heraklion–Chania–Sitia would be viable O–Ds. This is expected since Crete constitutes a top touristic choice in Greece.”