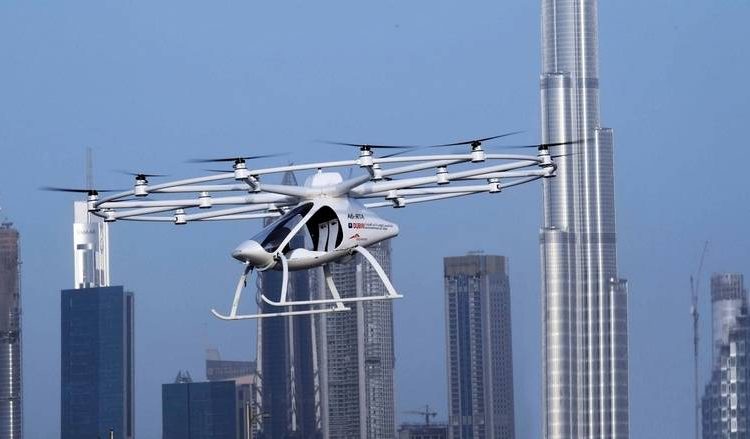 A Memorandum of Understanding (MoU) agreement representing yet another step towards realising a Dubai where Autonomous Aerial Vehicles (AAVs) fly above the city was announced this week, reports khaleejtimes.com.

The MoU signed between the Roads and Transport Authority (RTA) and Dubai Air Navigation Services (DANS) “will define safety and security protocols of aerial transport within the geographical perimeters of Dubai through advanced technologies”.

Ahmed Bahrozyan, CEO of the Public Transport Agency and Head of the Autonomous Air Vehicle project team, said, “This MoU aims to expand co-operation in the field of research and development and innovation.”

The RTA and DANS have agreed to overseer the project and share information. Bahrozyan continued, “The signing of the MoU is part of our efforts to support the Dubai Self-Driving Transport Strategy aimed at transforming 25 percent of total mobility trips in Dubai to autonomous travel by 2030.”

Ibrahim Ahli, deputy CEO at DANS, commented, “Autonomous air vehicles are a key component of the vision of the UAE and Dubai and being involved with this project will bolster the ability to anticipate the future global requirements.”

Dubai has previously tested the world’s first self-flying taxi service. A video released back in 2017 shows the autonomous taxi taking off against the backdrop of the Dubai skyline and is seen flying over the city before returning and landing at the same location.

This agreement represents another signal that Dubai is “leading the AAV pack.” Last month, His Highness Sheikh Mohammed bin Rashid Al Maktoum, Vice-President and Prime Minister of the UAE and Ruler of Dubai, under the project name, Sky Dome, issued a law regulating the operations of unmanned aerial vehicles (UAV).

This will connect buildings and other locations across the city through landing pads and mini airports. The law will pave the way for granting immediate government permits and NOCs to both public and private bodies to provide future services including flying taxis and drone deliveries.