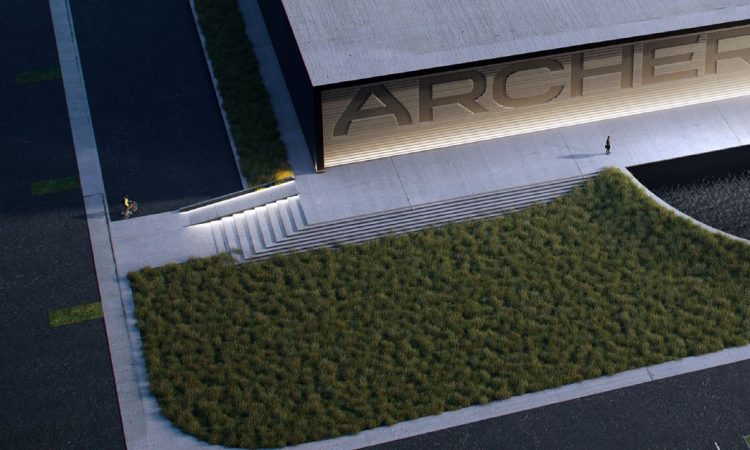 Archer Aviation, a producer of electric vertical takeoff and landing (eVTOL) aircraft, has announced plans to locate its manufacturing facility in Covington, Georgia at a site adjacent to the Covington Municipal Airport.

Archer says it “plans to initially build out a 350,000 square-foot facility on a 96-acre site capable of producing up to 650 aircraft per year. The planned eVTOL aircraft manufacturing facility is expected to create over 1,000 jobs over the long term. Construction is expected to be completed in the first half of 2024 with initial production expected to begin in the second half of 2024. The facility will be capable of being expanded by an additional 550,000 square feet, which is estimated to support production of up to 2,300 aircraft per year.”

In a press release issued by the company it reports further “In selecting the location for its first manufacturing facility, Archer completed a comprehensive survey of potential sites across the United States. Key considerations included the availability of talent in the local labour market, utility availability, ability to conduct seamless flight test operations, construction costs, and logistics. Archer will receive an incentive package, which includes land conveyance, tax incentives and Georgia REBA grant. As Archer looks to build its local community-focused relationships in Georgia, it anticipates that financing for the project will be provided by Synovus, the largest bank headquartered in the state.

“Home to more than 800 aerospace companies, Georgia maintains a robust aerospace education pipeline, with a dozen high schools that offer training in the field, five technical colleges with aviation programs, and several universities offering degrees in aerospace engineering. A strategic arm of the Georgia Department of Economic Development, the Georgia Center of Innovation for Aerospace, has been cultivating an ecosystem of opportunities for innovative companies like Archer for more than 10 years.”