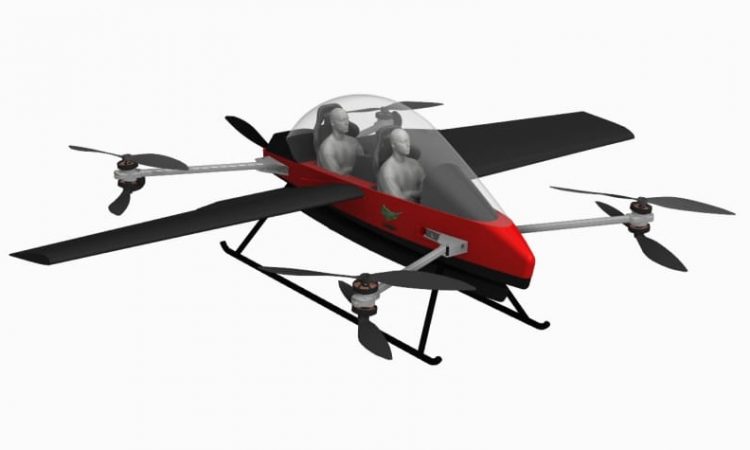 Israeli company Colugo reports it has successfully tested a prototype drone with flexible wings which can change their angle of attack according to the velocity and direction of the wind. Amit Regev, the company’s chief technology officer, told Urban Air Mobility News that the “loose” wing system has proved its efficiency on several different types of UAVs developed by the company.

Colugo is now developing a one-seat passenger carrying vehicle with adaptable wings with the view to developing a two-seat hybrid-electric ” wind proof ” VTOL aircraft. The aircraft will have nine rotors – eight for vertical lift and one for forward flight. The rotors in the aft section of the aircraft will be smaller so the wings can be folded during takeoff and landing.

“In future many people will use our design and the folding wing will facilitate the parking of great numbers of the craft in city centres,” he said. Each aircraft will be equipped with a safety parachute. “The electric motors are highly reliable but we want to ensure full safety even in extreme conditions”