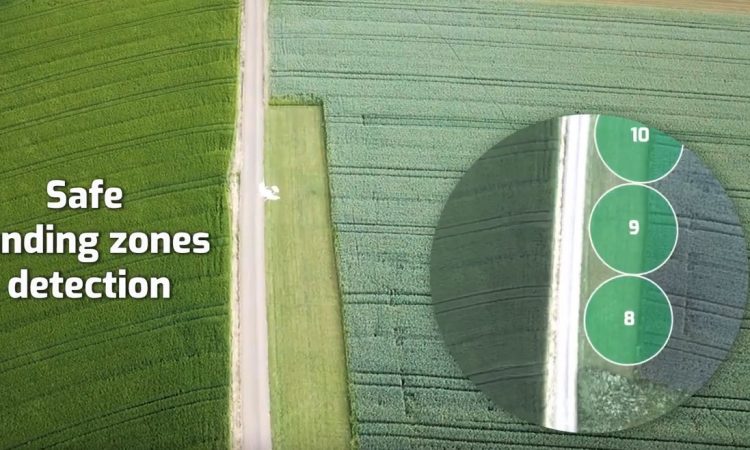 UAVenture and Daedalean have published a teaser video trailing their new, joint-guidance system for professional UAVs.

No pre-marking of landing spots is required. Magpie is able to operate without pre-surveying of the area and recognise dynamic obstacles on the ground.

The new product is the result of a collaboration between two Swiss companies announced a year and a half ago.

Development started In February 2018 when the two companies from Zurich – Daedalean, the developer of an AI autopilot for autonomous flight, and UAVenture, which produces advanced flight control software and related systems for UAVs – announced a partnership: Daedalean would add computer vision and vision-based functions to UAVenture’s autopilot. The collaborative product was named Magpie.

For Daedalean it would provide engineering validation for its concept; Magpie is an entry-level system in a product line ultimately aiming to guide and control classical rotor and fixed wing aircraft, and the eVTOLs of the near future with a certified AI autopilot. It is the ideal demonstrator of the safety-certifiable neural networks that process visual data, enabling the features that nowadays require the human pilot’s eyes and visual cortex. And for UAVenture it would promise an unrivalled enhancement of its already very advanced AirRails, the flight controller that autonomously manages every aspect of a UAV mission. AirRails relies on laser- and radar-based distance sensors for accurate landing or terrain following – the addition of vision sensors would make it the winning solution for drones in any flight conditions.

And now, after 18 months of development, exhaustive flight testing with gradual downsizing of hardware, selective picking of the hardware suppliers and gathering terabytes of data, the two companies are in the pole position to launch Magpie to the market.

The two main features of the announced product are:

The system consists of a single camera and mission computer, weighs less than 500g, and consumes less than 15W under nominal conditions. It comes fully integrated with the AirRails flight control computer, allowing end users deploy Magpie out-of-the-box without complex integration and APIs.

“Safety first! Continuous advisory of landing spots during the flight that AirRails gets from Magpie is what makes any UAV mission finally safe for BVLOS in any environment,” – says Simon Wilks, co-founder & CEO of UAVenture. – “And the ability to sustain flight when the GPS signal is lost, jammed or spoofed, makes the Magpie-AirRails joint functionality unique on the market. I believe our customers will be eager to get the new system.”

“Magpie is going to be our first widely used product demonstrating the feasibility of autonomous flight control based on neural networks. This launch is an important milestone for Daedalean on its way to a certified autopilot for personal electric aircraft,” – adds Luuk van Dijk, founder & CEO of Daedalean.

The name Daedalean means “in the way of Daedalus”, the mythical craftful inventor known for introducing humanity to controlled flight.