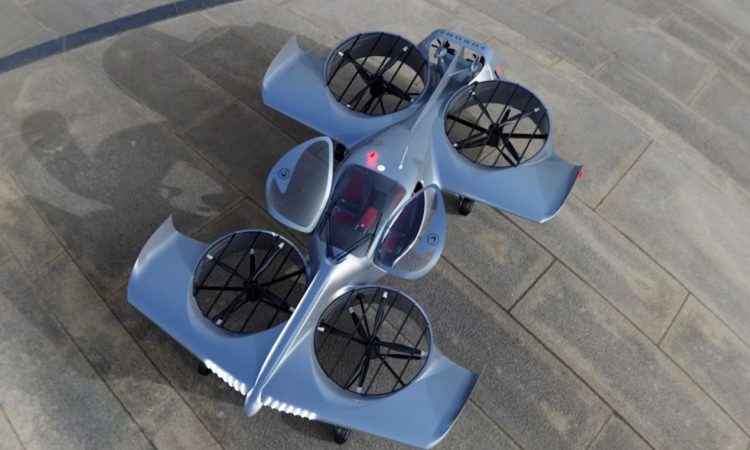 Doroni Aerospace has announced the “launch of pre-orders” for the Doroni H1 personal eVTOL (electric vertical takeoff and landing vehicle) on its website www.doroni.io. Doroni says it is only accepting 36 pre-order reservations in the first year of production following product launch in Q4 2024, scaling slowly in order to ensure the highest level of quality and safety possible.

The company reports in a press release that it “recently launched its second crowdfunding raise on the equity crowdfunding platform StartEngine and to date has raised USD 334K+ from over 240 investors. The company previously closed their first Reg CF raise on StartEngine in April after officially raising USD 1,069,850.”

The press release also states “Doroni has NDA agreements in place with major Original Equipment Manufacturers (OEMs) like Honeywell Aerospace, Garmin, and Amphenol to incorporate components into the H1. In addition, Doroni is supported by Space Florida, a state government agency, who is providing resources to bring the company’s operations to scale (i.e. allocating land, building production facility and tooling, leasing, etc.).

“Doroni Aerospace, Inc. is a pre-revenue aerospace engineering and manufacturing company that has developed a practical, efficient, and cost-effective electric vertical takeoff and landing aircraft (eVTOL) mobility platform. The company’s go-to-market product currently under development, the Doroni H1, is a two seater personal eVTOL that will be made available for public purchase which anyone can own, fly, and park in a standard two car garage.

“In order to get started, customers will need a current valid driver’s license and completion of a 20-hour training course provided by the company. Doroni is targeting a Light Sport Aircraft (LSA) certification with the Federal Aviation Administration (FAA) ahead of product launch in the second half of 2024.

“The company projects to have a full-scale, fully-functional flying H1 eVTOL prototype completed within the next several months and is targeting a Light Sport Aircraft certification with the FAA ahead of product launch in the second half of 2024.”