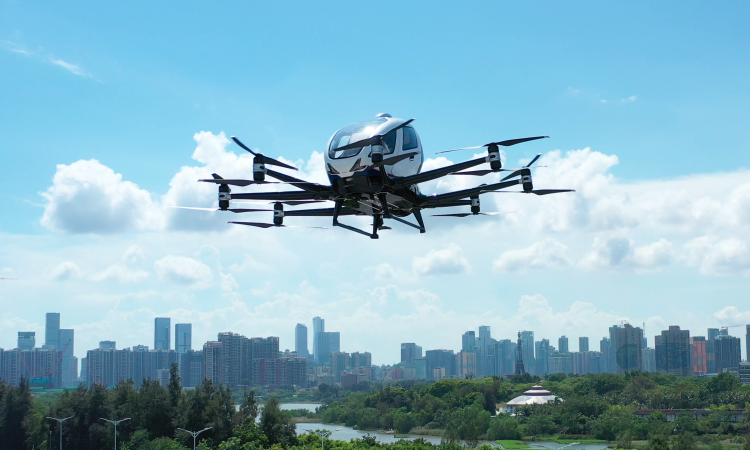 EHang has announced an update to progress on its AAV EH216-S Type Certification (“TC”) schedule.

“The Project Specific Certification Plan has been officially approved by the Civil Aviation Administration of China (“CAAC”). At present, various specified review subjects have been confirmed, including performance and flight, structural strength, design and configuration, ground control station, airborne human-computer interaction, totality, continued airworthiness, etc., and activities for demonstration and verification of compliance are being prepared. Furthermore, multiple positive results have been achieved on the specific algorithms based on aerodynamics, test flights for the overload ratio boundary, etc. Based on more than 30,000 safe trial flights of EH216-S that have been accumulated, it is planned by the Company to conduct further supplementary test activities and test flights for verification from October this year.”

“EHang has established a regular cooperative work mechanism with the EH216-S AAV TC Review Panel organized by the CAAC after it formally adopted the Special Conditions for the EH216-S AAV in February 2022. Relevant national institutions, the aviation authority and the aviation industry in China have paid great attention and provided guidance and support to significantly enhance, deepen and accelerate the EH216-S TC process.

In February 2022, the CAAC officially issued the Special Conditions for the EH216-S AAV, which provides the compliance basis and safety standards for EH216-S AAVs, says the company. “So far, EH216-S AAVs have completed more than 30,000 trial flights including passenger-carrying ones and test flights in extreme environments like high altitudes, typhoons, deserts and heavy fog. The accumulated data, experience and safe records have been compiled to support demonstration and verification of compliance, and an appropriate amount of test flight subjects will be further supplemented to accelerate the completion of demonstration and verification of compliance”.