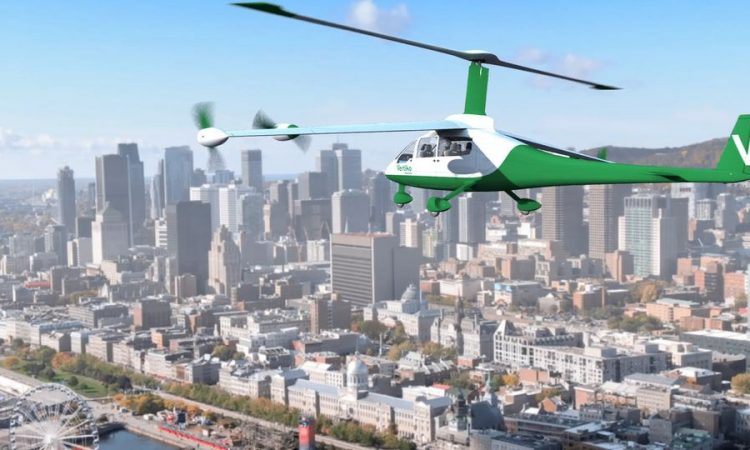 Jaunt Air Mobility has announced in a press release that after more than 10 months of collaborative work, the teams at Vertiko Mobility and Jaunt Air Mobility “are pleased to publicly announce the signing of a letter of intent for the purchase of more than 70 all-electric Jaunt Journey aircraft and two hybrid aircraft, with an option for a further 25 units. The aircraft will be acquired during the first five years of operation of the Québec vertiport network.” The goal, the company says “is to transform the letter of intent into a contract during the second quarter of 2025, with operations to begin in 2026.”

Under the same agreement, “Jaunt will also act as a pilot training and aircraft maintenance partner with Vertiko. The 12 months between the contract signing and the start of operations will serve as a break-in period. Training of the 36 pilots needed to fly the first nine aircraft during the first year of operations will also be conducted during this period” says the press release.

For Jaunt Air Mobility, the press release also reports that “this is the fourth such international agreement in a few short months. To fulfil its commitments, the company must first obtain certification for its final model. Testing of the next prototypes is expected to begin in 2023, with manufacturing to get under way in 2025. The fact that the Jaunt Journey is targeting certification per existing standards for rotorcraft under Chapter 529 of the Transport Canada Canadian Aviation Regulations reinforces the feasibility of certification by 2026.

“To meet the operational objectives for the first year of the Vertiko Mobility network, five vertiports will need to be built between now and the end of March 2025. Initial expressions of interest for vertiport construction have come from ICAR in Mirabel, ODEA Montréal (investors CREECO and COGIR) and a new real estate development in Val-d’Or (promoters Immeubles Quatro and Kraken Management).”