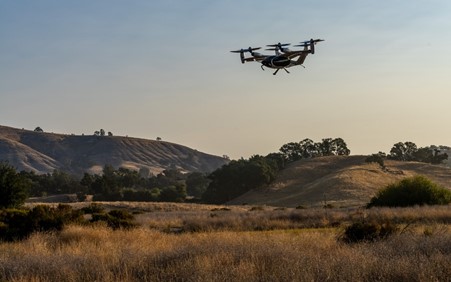 In its press release the company says that “Following analysis of the data obtained over two weeks of testing as part of NASA’s Advanced Air Mobility National Campaign, Joby’s aircraft was shown to have met the low noise targets the Company set for itself.

“The aircraft registered the equivalent of 45.2 A-weighted decibels (dBA) from an altitude of 1640 feet (500 meters) at 100 knots airspeed, a sound level which Joby believes will barely be perceptible against the ambient environment of cities”.

Furthermore the press release reported “NASA engineers also measured the aircraft’s acoustic profile during planned take-off and landing profiles to be below 65 dBA, a noise level comparable to normal conversation, at a distance of 330 feet (100 meters) from the flight path”.