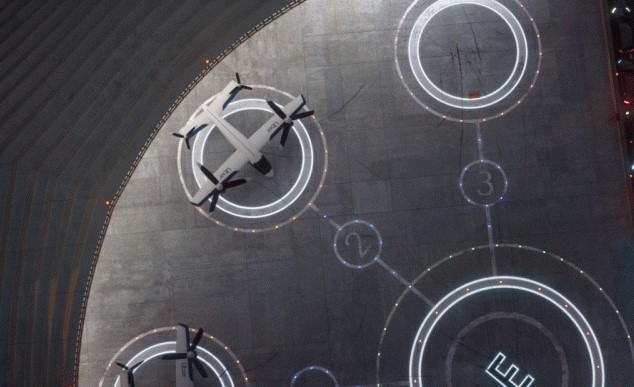 The product is being created to service its partnership with Uber and to create a network of all-electric air taxis in numerous cities worldwide, including Dallas, Los Angeles and Melbourne.

The Butterfly design uses Karem’s Optimum Speed Rotor technology to power a vectored thrust vehicle with four large rotors mounted on the wings and tail. The Butterfly configuration solves the tradeoff between hover and cruise efficiency, creating an optimal vehicle design for aerial ridesharing. Butterfly’s large, slow turning rotors not only provide efficient lift, but also quiet acoustics which is key for operating at scale in cities.

The new air taxi company foundation team includes CEO Ben Tigner, Chief Commercial Officer Ryan Doss, and renowned aircraft designer and serial entrepreneur Abe Karem, a pioneer in VTOL technology whose past inventions include the original Predator drone and the A160 Hummingbird unmanned helicopter. This marks the fourth company Mr. Karem has founded in the US with the first and second being acquired by General Atomics and Boeing, respectively, and the third, Karem Aircraft, continuing to operate today. Mr. Karem will serve as the Chief Designer for both Karem Aircraft and the new venture, splitting time between the two companies.

CEO Ben Tigner said, “The new company will be able to focus exclusively on bringing Butterfly to market, leveraging Karem’s optimum speed rotor technology, Hanwha’s industrial scale, and Uber’s ridesharing network. We look forward to the day when riders will be able to commute to work by flying above the traffic in one of our vehicles. Karem Aircraft will continue to serve the needs of its military customers; we are confident that each company is on a path for long-term success so that our technology can be applied in two distinct but important use cases.”
Eric Allison, Head of Uber Elevate, said “Karem’s technology for making safe, quiet, and efficient air taxi vehicles excites all of us. Hanwha’s Series A investment in Karem’s new air taxi entity accelerates efforts to bring the Butterfly to market.”