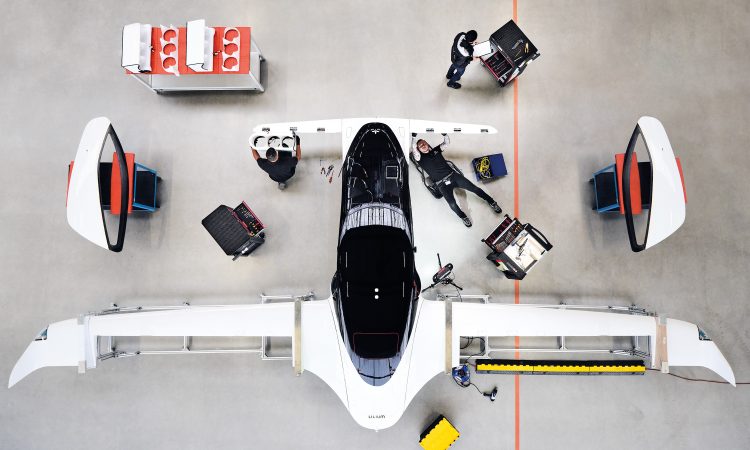 Based in Scotland, Baillie Gifford has a record of investing in such successful  technology companies as SpaceX, Airbnb and Tesla. The firm joins existing Lilium investors including Atomico, Freigeist, LGT, and Tencent, who recently led an internal funding round worth over USD240 million.

“Baillie Gifford is one of the world’s most influential tech investors and their commitment to Lilium represents a significant vote of confidence in both our physical product and our business case,” commented Lilium’s CFO, Christopher Delbrück.

“The funds raised during this round give us the security to weather the challenging economic landscape we see around us and we’re grateful to be able to stay fully focused on our mission.”

According to Lilium head of communications Oliver Walker-Jones, the Munich-based company continues to make progress on its eVTOL Lilium Jet despite restrictions related to COVID-19. Lilium now employs around 450 people, of whom approximately 400 have been working from home since mid-March.

“Obviously, some things are a bit slower than we’d hoped and there’s no flying activity during this time,” he said. “But on the plus side, a lot of the work that we’re doing at the moment is in any case desk-based. The vast majority of our engineering is directed not towards getting our demonstrator flying, but towards finishing the design of the serial aircraft.”

Meanwhile, a small team remains onsite at Lilium’s headquarters, observing social distancing measures while working to prepare the second full-scale Lilium Jet demonstrator for its flight trials. “Flying could resume in the August or September time frame, depending on when the pandemic measures are relaxed by the German government,” continued Walker-Jones.

With its second uncrewed demonstrator, Lilium aims to complete the flight test campaign that was cut short in February, when its first full-scale demonstrator was destroyed in a fire that broke out during ground maintenance activities. The aircraft had completed the first phase of flight testing, achieving speeds of up to 100 kilometres per hour, but had yet to demonstrate a full transition to wing-borne flight and complete high-speed envelope expansion.

Walker-Jones said that the second flight test demonstrator is broadly similar to the first aircraft, both in its appearance and underlying technology. “There are small improvements and tweaks, of course, but there is nothing fundamentally different,” he concluded.