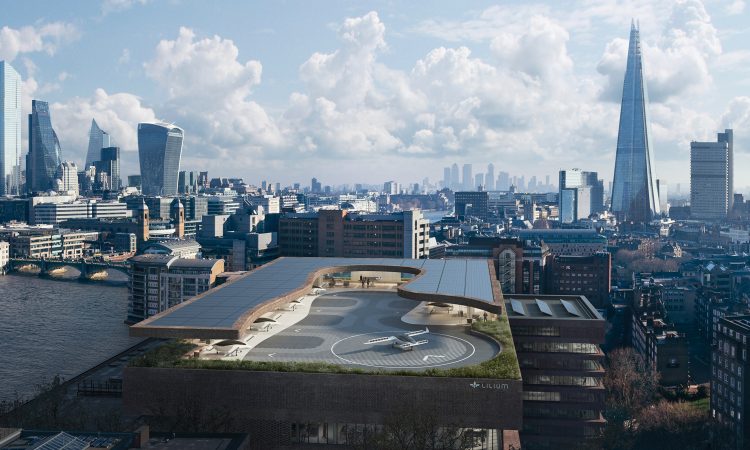 Lilium, the Munich-based startup developing on-demand air taxi services, has today announced it has selected London to be the base for its software team.

“Hundreds of high-end software engineering roles will be created in the city over the next five years as the business seeks to make affordable, electric, on-demand air taxis a reality by 2025,” says the company. “Roles will also be added in their existing hubs in Munich and Zurich. The announcement, which coincided with London Tech Week, came as the company confirmed a trio of senior hires, including the appointment of Carlos Morgado, former Chief Technology Officer (CTO) at Just Eat, to lead the development of the software engineering team as VP Digital Technology.

“Additionally, the business has appointed Anja Maassen van den Brink as Chief People Officer (CPO) and Luca Benassi as Chief Development Engineer. Maassen van den Brink joins Lilium from VodafoneZiggo where, as Chief Human Resources Officer and a member of the Executive Board, she led the integration of the mobile and fixed business into one company. Benassi brings more than 20 years of experience in the aerospace sector, having worked at NASA, Boeing and, most recently, Airbus, where he was a Senior Expert and Head of Acoustics and Vibration.

Commenting on the announcement, Daniel Wiegand, CEO, said: “We are one of very few companies in our sector that wants to both produce air taxis and then operate them day-to-day. Today’s announcement and the recruitment of these three new leaders underlines our continuous efforts to build the very best team in air mobility. We are hiring the best of the best from a global talent base, forming the basis for achieving our target of becoming the leading air mobility company.”