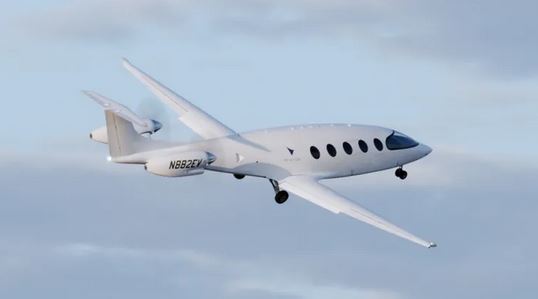 Eviation Aircraft, a manufacturer of all-electric aircraft, today announced that the order book for its nine-seater all-electric Alice airplane has passed a total value of USD 2 billion.

The company says the Alice conducted its first flight on 27 September 2022 at Grant County International Airport (MWH), Washington, U.S., and Eviation is now focused on its certification program on the way to completing Entry into Service (EIS). The company confirms the customers for the Alice so far include U.S. regional airlines Cape Air and Global Crossing and German airline operator EVIA AERO.

The Alice, reports a press release published by the company “was built from a clean-sheet design around all-electric propulsion, produces no carbon emissions and costs significantly less to operate per flight hour compared to light jets or high-end turboprops. The aircraft is also quieter than combustion engine aircraft, allowing more flights into cities and communities where noise is a factor. Alice is powered by two magni650 electric propulsion units developed by magniX, producer of flight-proven electric propulsion systems.”