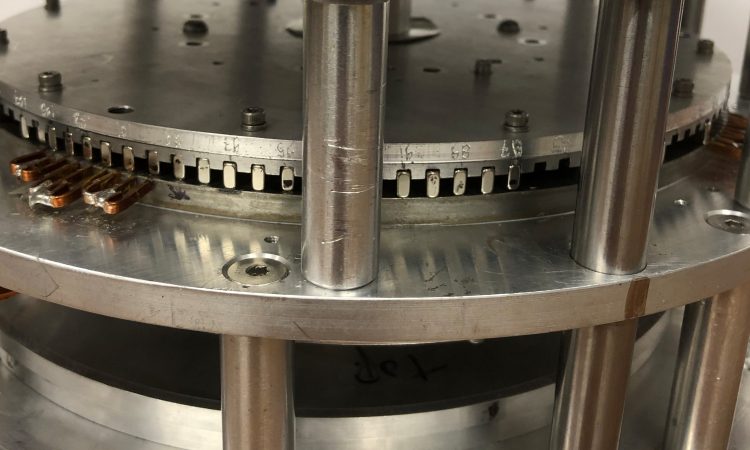 A revolutionary electric motor has been developed to solve the problem of VTOL UAV limited endurance by the USA’s Polarix Corporation.

All current solutions require combining high thrust for takeoff with large lift/drag ratio for efficient long range cruising. According to the company’s Professor Oved Zucker who developed the new technology, the Arrayed Controlled Turn-less Structures (ACTS) motor is a technology disruptor to electric motors in general and to propulsion motors in particular. It exploits a much higher specific power output available from the ACTS motor to heavily load a much smaller fan to produce the full VTOL thrust, concurrently serving as the cruising propulsion fan but with a much reduced power loading.

He told Urban Air Mobility News that its patented motor architecture features the integration and matching of a plurality of miniature inverters with corresponding electro-mechanical elements. “These elements are each composed of three conductors which are shorted at one end, with its dedicated inverter at the other,” he said. “This configuration exhibits an enhanced power density and efficiency. It further exhibits much higher reliability and associated motor health management features due to its redundancy”.

Polarix is presently under contract to build two versions of the motor for driving propellers: A 300kW dual rotor axial motor for NASA Glenn and a cylindrical 50kW motor for the US Air Force. Separately, discussions are being held with the US Army for a logistics support VTOL/UAV.

An integrated fan and the Polarix ACTS motor will provide the full vertical takeoff thrust using high disk loading. The small fan area will retain the high lift to drag ratio of the UAV airframe to provide longer range and endurance not presently available in all electric VTOL. The energy source will be a Li-ion battery system.

The concept was originally developed under a US Department of Defense programne for flight control actuators. Interest in the new motor comes mainly from companies developing eVTOL UAM platform manufacturers