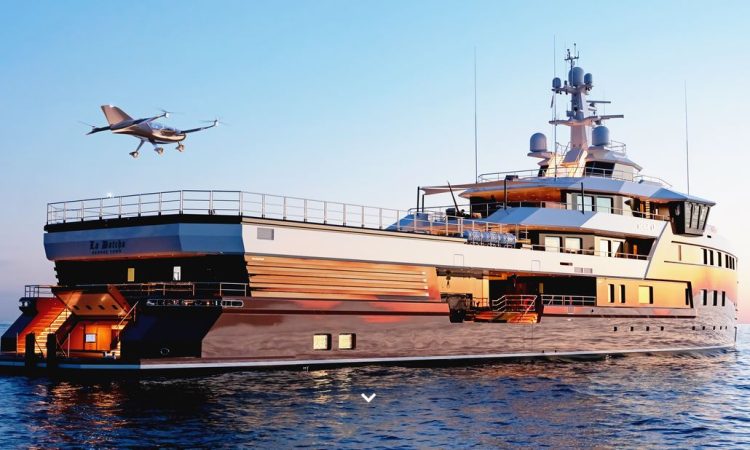 Skyfly says Richard Tuthill brings a wealth of production and engineering experience to Skyfly as well as a broad network of clients and suppliers and adds that Tuthill Porsche has a track record transforming cars from shells into bespoke high-performance, fully spec’d rally and race cars in a matter of days.

The company describes the Axe as a personal two-seat Electric Vertical Take-Off and Landing (E-VTOL) aircraft due to enter production in 2024.  “You can fly the Axe with an existing pilots license and uniquely it has four wings allowing it to fly both as a helicopter and a fixed wing aircraft” the company says.

The press release says the Axe has “a range of up to 200 miles thanks to a hybrid generator and a cruise speed of 100mph” and that “In the first months since its official launch, the Axe has secured dozens of orders and has attracted the attention of a wide range of financial investors. This backing will allow Skyfly to push forward with its development schedule. For the past two years, the Axe has been in stealth mode developing the aircraft, building a prototype and testing that in practice. It is now building its first series production aircraft with test flights due to begin mid-2023.”