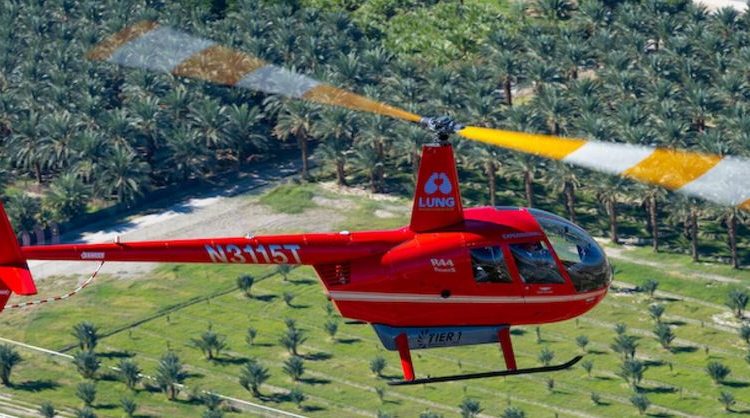 Tier 1 Engineering, in cooperation with its collaborator Lung Biotechnology PBC, announced today it had successfully completed a flight between Jacqueline Cochran Regional Airport, near Coachella, and Palm Springs International Airport on October 29, 2022, the first helicopter flight between airfields solely by electric power, reports Tier 1. The company says the all-electric aircraft is a modified Robinson R44 helicopter flown by pilots Ric Webb of OC Helicopters and Martine Rothblatt of Lung Biotechnology.

Glen Dromgoole, President of Tier 1 Engineering, said, “Progress in the development of all-electric propulsion is similar to other periods of significant advance in aviation. The first aircraft flew short distances, and many people were afraid to ride in the new flying machines. At the start of the Jet Age, there was widespread skepticism about the commercial viability of the turbine engine. Today’s historic flight demonstrates the potential of all-electric rotorcraft and we are thrilled by this achievement.”

In addition the company said the e-R44 uses a novel quick-swap technology for its helicopter battery packs to enable return trip flights without waiting for a recharge with the time required to swap a battery pack is 15 minutes vs 1 hour for a full recharge. The company also confirmed the specific cross-country route for today’s historic flight was chosen based upon FAA approval.