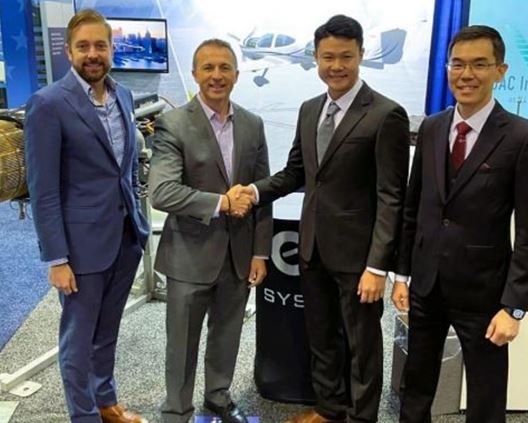 Electric Power Systems (EP Systems), a global electric powertrain supplier in the aviation industry, today announced it has entered into a Letter of Intent (LOI) with Plana, a hybrid eVTOL company based in South Korea in which Plana will deploy EPS’s battery system for its commercial hybrid eVTOL aircraft, which is targeted for commercialization in 2028.

The release further adds “Plana, founded in July 2021, is the sole hybrid eVTOL startup in Korea. Plana develops hybrid eVTOL aircraft, which carries four to six passengers with one pilot, with a cruising speed of 300 km/h (maximum 350 km/h) and flight range of more than 500km.

“Plana plans to finish the pure battery-based eVTOL subscale test this year and introduce a 700kg weight half-scale model next year. The company plans to launch a branch office in the U.S. for closer communication and starting the certification process with the FAA, and to participate in the Korean Grand Challenge UAM demonstration project organized by the Korea Ministry of Land, Infrastructure, and Transport (MOLIT).