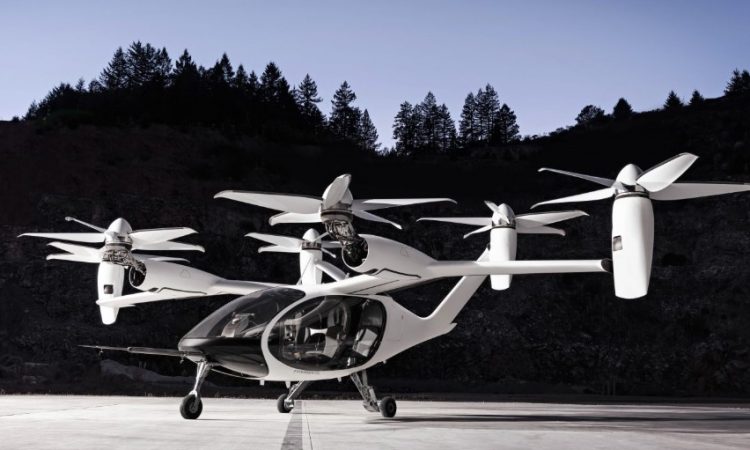 Toyota Motor Corp. is investing USD 394 million in Joby Aviation, the eVTOL maker, the companies said in a press release.

“The collaboration reflects Toyota’s recognition of the long-term potential of the urban air mobility market to meet the evolving needs of society, as well as Joby’s position as an industry leader in working to deliver safe and affordable air travel to everyone,” Toyota said.

“Air transportation has been a long-term goal for Toyota, and while we continue our work in the automobile business, this agreement sets our sights to the sky,” said Toyota Motor Corporation President and CEO Akio Toyoda. “As we take up the challenge of air transportation together with Joby, an innovator in the emerging eVTOL space, we tap the potential to revolutionize future transportation and life. Through this new and exciting endeavor, we hope to deliver freedom of movement and enjoyment to customers everywhere, on land, and now, in the sky.”

As the lead investor in Joby’s USD590 million Series C financing, Toyota is continuing to leverage emerging technologies to provide “Mobility for All.” In addition to investing USD394 million in Joby, Toyota will share its expertise in manufacturing, quality and cost controls for the development and production of Joby Aviation’s breakthrough eVTOL aircraft. Joby’s design is well matched to serve the needs of an emerging air transportation market where commuters and travelers embrace the benefits of aviation on a daily basis within and between urban centers. More details of the prototype aircraft and production plans will be announced at a later date.

Joby Aviation founder and CEO JoeBen Bevirt said: “This collaboration with Toyota represents an unprecedented commitment of money and resources for us, and for this new industry, from one of the world’s leading automakers. Toyota is known globally for the quality and reliability of their products driven by meticulous attention to detail and manufacturing processes. I am excited to harness Toyota’s engineering and manufacturing prowess to drive us toward our dream of helping a billion people save an hour+ commuting time every day.”

Both companies believe that leveraging synergies with automobile technologies as well as integrating best practices from the Toyota Production System will help facilitate the efficient mass production of these aircraft, while also helping Joby deliver high quality, durable and reliable aircraft, and meeting exacting safety standards.

Toyota Motor Corporation Executive Vice President Shigeki Tomoyama will join Joby’s board of directors and play an active role in setting strategic direction at the Board level.

The new collaboration with Joby Aviation is anticipated to help bring urban on-demand air transportation into the mainstream and initiate a new category of moving people and goods.

It is anticipated that eVTOLs will help to create new mobility services with the potential to help alleviate persistent mobility challenges. Those challenges include traffic congestion in urban areas, increased environmental burden and the lack of transportation in underpopulated areas, among others.