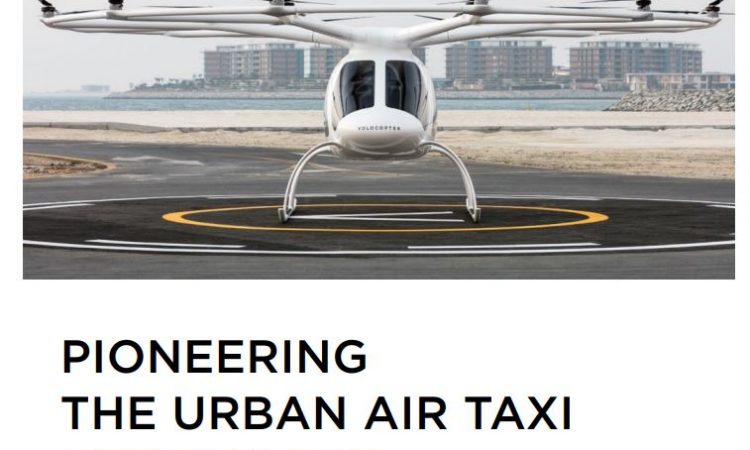 Air taxi developer Volocopter published has published a white paper “Pioneering the Urban Air Taxi Revolution” authored by Jan-Hendrik Boelens, CTO of Volocopter. The paper discusses current challenges associated with developing, certifying and launching air taxis in the megacities of the world and aims to offer solutions to those challenges. Primarily, the paper focuses on the topics safety & certification, noise emissions, range and speed, operating costs, capacity, and usability.

According to the company the key take-aways include:

According to the company: “Volocopter’s aircraft design focuses on serving the inner-city short-range mission. Boelens makes a case for the simple, safe, and certifiable aircraft design Volocopter has been pursuing since their early days by outlining and explaining some of the technological design decisions Volocopter has taken.”