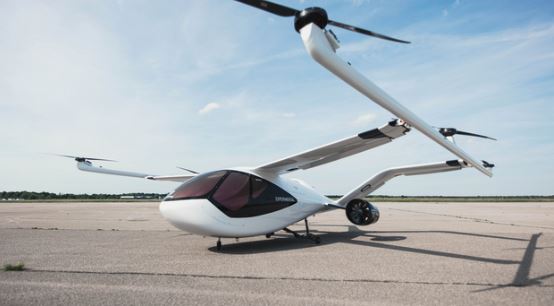 Electric vertical take off and landing (eVTOL) aircraft manufacturer Volocopter announced that it has achieved another milestone: its fixed-winged passenger aircraft, the VoloConnect, completed its first flight in May 2022. This accomplishment, the company says, makes it the only eVTOL (developer worldwide to have three distinct aircraft configurations undergoing flight tests.

In a press release the company describes its third product solution, the VoloConnect, as offering “further and faster journeys than any other Volocopter aircraft to date, with a range of over 60 miles and flight speeds above 155 mph.” The passenger plane’s extended range and higher payload the company says will appeal to business travellers and commuters from beyond the city centre and the VoloConnect is targeting a 2026 entry into service while the VoloCity the company says is targeting commercial launch in 2024.

The company reports “the prototype completed its first flight in May 2022 after just 17 months in the making and performed a few manoeuvres for 2 minutes and 14 seconds during its first flight. The prototype has all the planned aerodynamics and performance features of the future commercial product.”  The VoloConnect is described as a “lift-and-cruise aircraft optimised for missions beyond the urban and suburban space. Keeping moving parts to a minimum, its six rotors facilitate vertical takeoff, while two electric fans in combination with uplift-creating wings ensure high forward speeds.”

For future services, Volocopter says it intends to fully integrate all three aircraft into individualized UAM ecosystems for cities and “use its VoloIQ digital platform to unite all of the company’s flight operations, passenger services, maintenance, and more for a seamless mobility experience.”