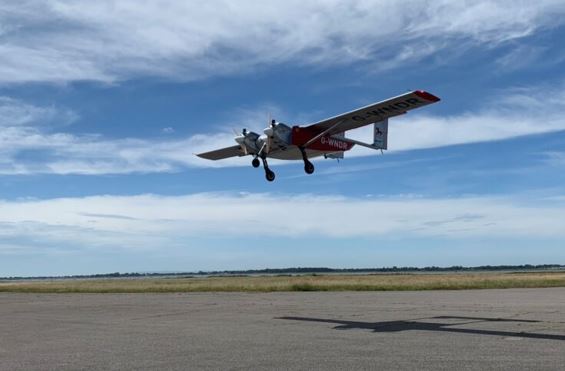 Windracers announced recently that it has won a third round of funding from the Future Flight challenge at UK Research and Innovation (UKRI) to conduct further rigorous testing of its middle mile logistics drones and high-reliability autopilot technology.

In a press release the company says “The Phase 3 projects from the Future Flight challenge, which range from hydrogen-powered planes to airspace management systems, share £73 million in funding to develop and demonstrate integrated aviation systems and new vehicle technologies.

“Windracers has conducted a series of trials in partnership with Royal Mail as part of the Sustainable Aviation Test Environment (SATE) project funded by UK Research and Innovation (UKRI), including test flights on the Shetland Islands and Orkney Islands. The new funding will allow Windracers to extend trials across more locations in Scotland and collaborate with the Civil Aviation Authority in developing a safe and robust regulatory environment for autonomous flight.

“Separately, Windracers is leading a project called Protecting Environments with UAV Swarms. This project is supported by NERC British Antarctic Survey and Lancashire Fire and Rescue, and aims to demonstrate how swarms of large UAVs can be used to efficiently carry out Antarctic research and fight fires in some of the most challenging environments on the planet.

“Windracers’ cost effective cargo drones have proved to be popular with logistics companies. The company recently announced a partnership with Royal Mail to establish more than 50 new postal drone routes over the next three years, subject to Civil Aviation Authority (CAA) approval. Royal Mail expects the lower-emission drones will reduce its carbon footprint while improving the reliability of island mail services which are often affected by bad weather. In testament to the potential of logistics drones, Royal Mail’s ambition is to deploy a fleet of more than 500 Windracers ULTRA drones servicing all corners of the UK.”