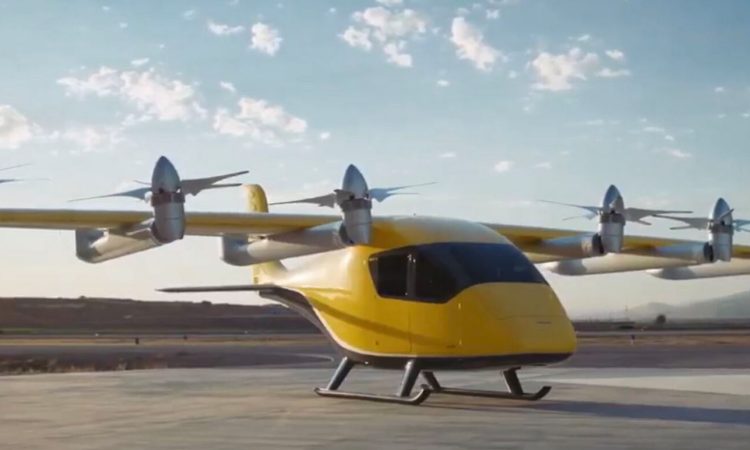 In a press release the company reports “….Generation 6 represents the first-ever candidate for type certification by the FAA of an autonomous eVTOL. It combines autonomous technology and software, human oversight of every flight, and an overall simplified design to deliver one of the safest passenger transport systems in commercial aviation.

“Wisk, backed by two aviation leaders, the Boeing Company and Kitty Hawk Corporation, is designing its aircraft to exceed today’s rigorous aviation safety standards of a one-in-a-billion chance of an accident.”

Wisk says it “is one of the only AAM companies to pursue a self-flying first approach. This approach is core to the company’s overall strategy and is most importantly a critical element in bringing one of the safest systems to market in aviation. It is also the key to unlocking the scale and the full potential for the broader AAM industry.”

The company says its sixth generation aircraft performance levels include: 120 knots cruising speed; 90 miles range; altitude of 2,500 – 4,000 ft above ground; 4 seats; <50 foot wingspan; electric power; autonomous operation with human oversight. And designed to be a service for everyone, with a price target of $3 per passenger, per mile.

“In addition to affordability,” Wisk says it “has made accessibility a cornerstone of its design process. Generation 6 incorporates a number of accessibility features, from an entry and exit designed for individuals across the mobility spectrum, to user interfaces that seamlessly accommodate people living with hearing, vision, and other impairments. Wisk is one of the few industry players that have prioritized catering to such a wide demographic of passengers.”