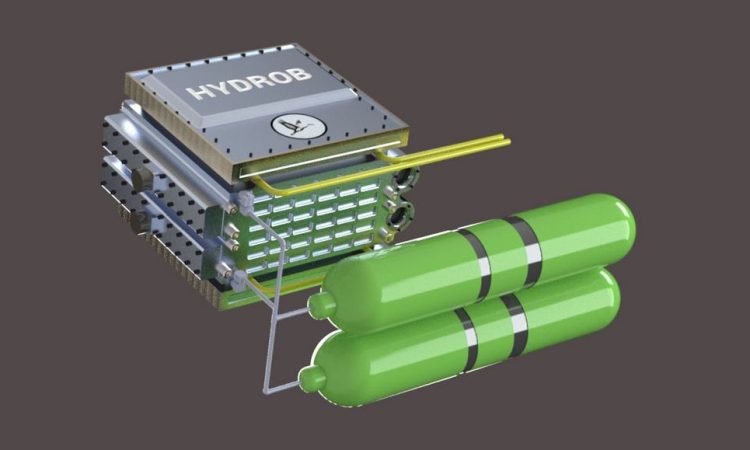 LuftCar has announced its plans to develop HYDROB, a hydrogen fuel cell – battery hybrid propulsion system for the eVTOL market. HYDROB will serve to give enough vertical thrust to lift vehicles up to 8500 lb. GVW. and cover distances up to 500 miles.

In a press release LuftCar say it “partnered with Bosch Aviation and a few other automotive fuel cell companies, (and) will act as a systems integrator in developing the propulsion system. The technology will be developed in an undisclosed location in the United States. The type of fuel cell and the battery chemistry are not revealed at this moment. The fuel cell will have high energy densities and the battery will have high power densities.

“LuftCar has decades of experience building fuel cell systems and aircraft frames. Santh Sathya, Founder and CEO of LuftCar, who has in a previous career played a critical technical role in building 300 hydrogen fuel cell cars for Ford Motor Company, says that LuftCar is innovating a systems solution to convert automotive fuel cell powertrain into aviation grade system. HYDROB is expected to be light weight and compact and can be packaged in airframes. The propulsion system also can work with liquid or gaseous hydrogen on board.

“LuftCar plans to develop and sell HYDROB to other advanced air mobility or eVTOL OEMs. HYDROB will create demand for hydrogen and will accelerate the adoption of hydrogen as a major fuel carrier for the growing regional air mobility industry.”

LuftCar also has proposals to build hydrogen refueling infrastructure to create an ecosystem for LuftCars to operate from city to city. To quote Santh Sathya. “We are delighted that the $7M hydrogen hub grants are official now. As part of our contribution to the hydrogen economy, in addition to building the LuftCars and the HYDROBs, we aim to build hydrogen refueling vertiports called LuftPads as technology demonstrators. These LuftPads will also serve road transport and utility level storage in addition to air mobility.”