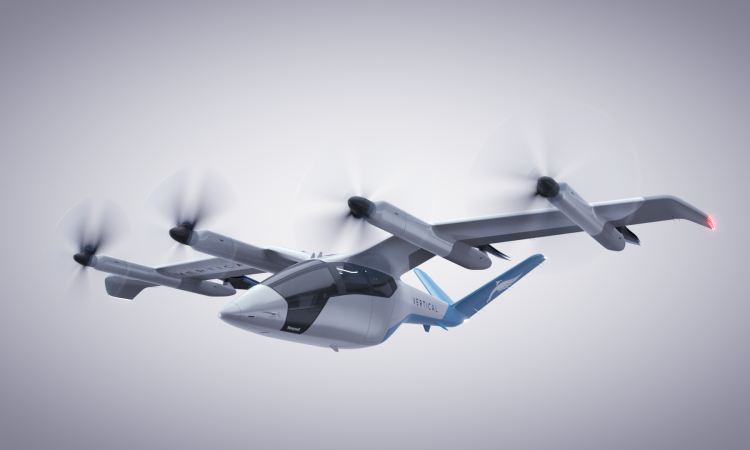 The UK’s Vertical Aerospace reports it has received investment from the UK Government, through the Aerospace Technology Institute (ATI) Programme, to fund the development of a smart charger for their electric aircraft. The charger will increase Vertical’s in-flight performance and safety for their recently unveiled passenger model, VA-1X.

According to the press release:

“This two-year project, expected to be completed by October 2022, pioneers a new wave of aviation battery development. Most development in battery technology in recent years has come from the automotive sector, however these batteries are not optimised for aviation gravimetric energy or power density requirements. The collaboration between Vertical and Warwick University will take cutting-edge electrochemical concepts and principals from academia and apply them to the production of a charger with an incorporated diagnostic device, effectively a smart charger.

“The charger will analyse in-flight and charge event data. This data could then be used to optimise battery lifetime, schedule maintenance and detect anomalies. The charger will be able to determine battery lifetime, state of charge, and will detect any potential failures onboard the vehicle’s battery before they happen. This will give Vertical enhanced in-flight performance, safety, and the ability to produce a pre-flight fitness report for the battery.

Limhi Somerville BSc, MSc, EngD, Head of Energy Storage at Vertical Aerospace, said “Battery systems including charge and diagnostics testing are well-known in academia and industry; having undergone years of development and research for the automotive market. An aerospace application provides a fantastic opportunity to utilise methods, designs, models and algorithms that were not financially, volumetrically or technically feasible before. Using these novel approaches, we plan to significantly improve the safety, range and capability of our battery system.”

Half of the project’s funding is provided by the Aerospace Technology Institute (ATI), in partnership with the Department for Business, Energy & Industrial Strategy and Innovate UK, according to the press statement.

Vertical will be joined in this project by technical experts from Warwick University. Warwick will be researching the algorithms and models from automotive, ground storage and academia that are suitable for this application. Vertical will then put this into practice, by creating a suitable charger hardware which will then be tested on one or more of Vertical’s aircraft.

James Marco, Professor at University of Warwick, said “The successful integration and management of battery systems within future electric aircraft represents a significant research challenge and one that WMG is excited to be working on in partnership with Vertical Aerospace. This project will allow us to expand our capabilities in battery characterisation, battery system modelling and novel methods of fault diagnosis and prognosis. All within a sector that is strategically important for the UK as it move towards its zero emissions transport targets.”

The smart charger will be used for Vertical’s recently unveiled passenger model, VA-1X. Capable of carrying a pilot and four passengers for 100 miles at speeds of 150mph. They are aiming to certify in early 2024 and start initial commercial services shortly after.