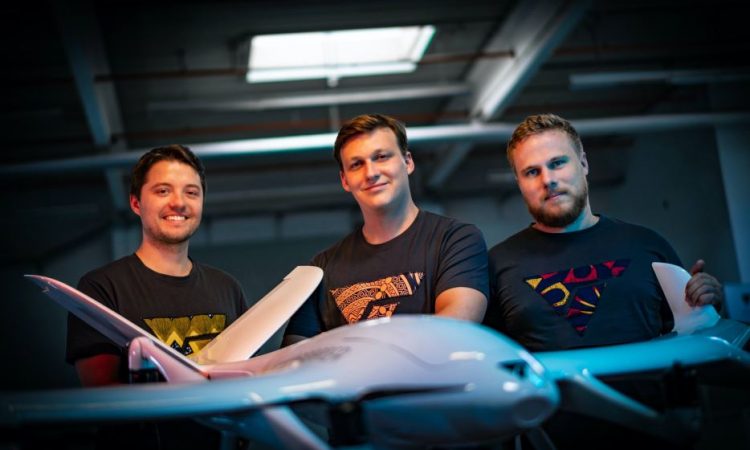 Wingcopter, the German delivery drone manufacturer and service provider, today announced that it has raised USD42 million from financial and strategic investors. The new funding is part of a Series A extension round, tripling the company’s total equity raise to more than $60 million to date says the company.  German retailer REWE Group as well as German investors Salvia and XAI technologies came on board as new shareholders and were joined by Japanese conglomerate ITOCHU and previous backers Futury Capital from Germany and Silicon Valley-based Xplorer Capital according to the company.

“REWE as one of Germany’s largest grocery retailers with 12,000 stores across Europe is an ideal addition to Wingcopter’s investor base” reports the press release “and a sign that Wingcopter’s future will expand beyond medical drone delivery services. Salvia with an investment focus on disruptive technologies, will actively support Wingcopter’s growth path with its longstanding company building expertise. XAI technologies founded by machine vision pioneer Enis Ersü, will add additional value in the fields of sensor technology and industrial automation. Listed in the Fortune Global 500 index, ITOCHU is one of Japan’s largest trading companies and will open new doors to the Japanese market.

“With the fresh funding, Wingcopter will be able to further expand its drone delivery services globally and increase production of the eVTOL delivery drone, the Wingcopter 198. Wingcopter has been experiencing a continuously growing demand for its new unmanned aircraft system and has already sold most production slots for this and next year. Wingcopter’s production facility in Germany is designed to manufacture thousands of Wingcopter drones per year and will soon start with partly automated production work, significantly speeding up the production process.”

Moreover, Wingcopter reports that it “plans to use the capital injection to accelerate the firm’s R&D efforts with regards to new product features and to hire 80 new employees across all departments within the next months. The new capital raise comes shortly after the Federal Aviation Administration (FAA) had approved the Airworthiness Criteria for the Wingcopter 198, which marked a critical milestone in the U.S. Type Certification Process of the company’s flagship aircraft.”