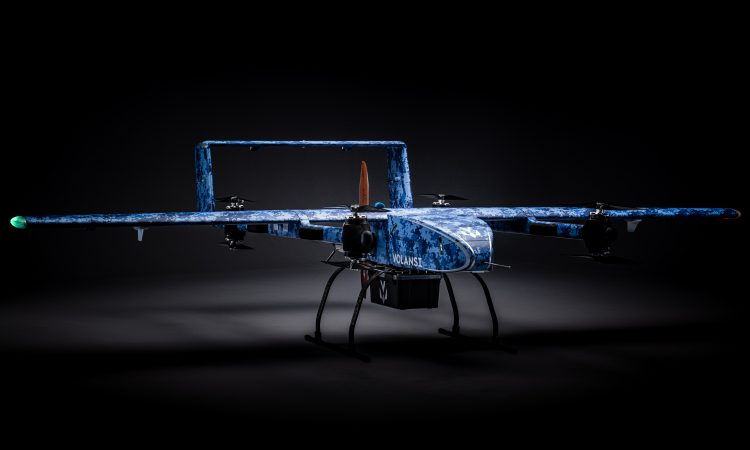 On 1 May Volansi announced the launch of its latest unmanned aerial vehicle, the VOLY M20 at the United States Air Force’s Agility Prime Virtual Trade Show.

According to a press statement:

“The VOLY M20 is a new generation of dual role aircraft offering customers the ability to simultaneously carry 20 pounds of cargo and a 10 pound ISR or sensor payload. It was designed to meet the exacting requirements of commercial customers operating in remote maritime locations and military customers who require a flexible vehicle for resupply and ISR applications. The VOLY M20 has a 350-mile range, cruising at 75 mph, and more than eight hours of endurance for sensor operations.

“The VOLY M20 was designed with modularity and mission flexibility in mind,” Volansi CEO and Co-Founder, Hannan Parvizian said. “The user experience is a key pillar of this design. We incorporated all the feedback we received from our customers on the need for an easy to use, maintain, and operate aircraft that is capable of operating on both land and at sea.”

Made in the USA, the VOLY M20 utilizes a hybrid flight system that combines electric vertical takeoff and landing (eVTOL) with a fixed-wing, “pusher”-driven forward flight mode. The VOLY M20 can be configured with the customer’s choice of highly reliable heavy-fuel (JP5/JP8/Kerosene) or gasoline engines.

The company says the VTOL design enables the VOLY M20 to complete complex missions with minimal to zero infrastructure needs. “Because the M20 lands at the delivery point, it can return with cargo such as samples for analysis, diagnosis, or repair.”