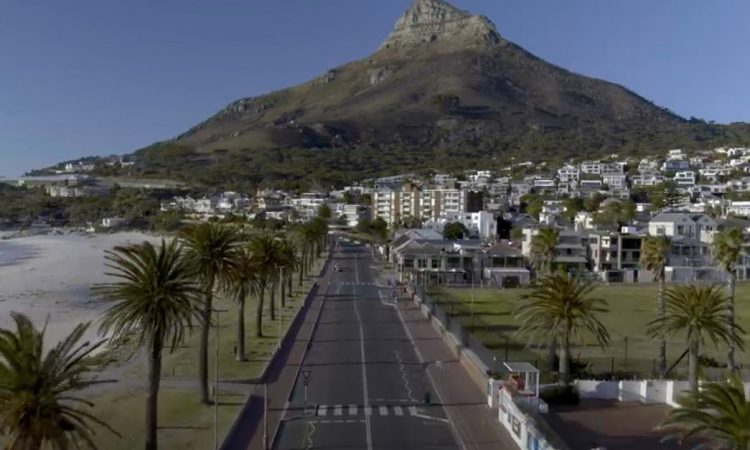 The footage reveals how the busiest streets of South Africa’s capital, from its central business district to Hout Bay, are now eerily quiet.

According to businessinsider.com, Luke Bell, a Step Above drone operator, says: “There’s a little more traffic than people would think, but it’s super strange … it’s scary to see. But, at the same time, it’s cool because it means that people are listening to the law, staying home and we as a country are taking the lockdown seriously.”

According to Bell, it was a shock to see usually packed beaches like Clifton totally empty. “I’ve never seen Clifton empty before. It was very weird. A close second would have to have been the University of Cape Town. It’s an interesting contrast when you compare the empty streets now compared with masses of people that were out on the streets during the protests when I was studying there.”

Normally flying a drone in a city requires an operator to follow a number of strict rules and regulations, but Step Above’s Operator Certificate allows them to legally fly drones in controlled airspace, over people and crowds, near national key-points, at night, over national roads, and within SanParks. The company is also listed as an essential service and acquired the necessary permits from the Department of Transport and the South African Civil Aviation Authority to fly over these areas and document the stark changes during lockdown.