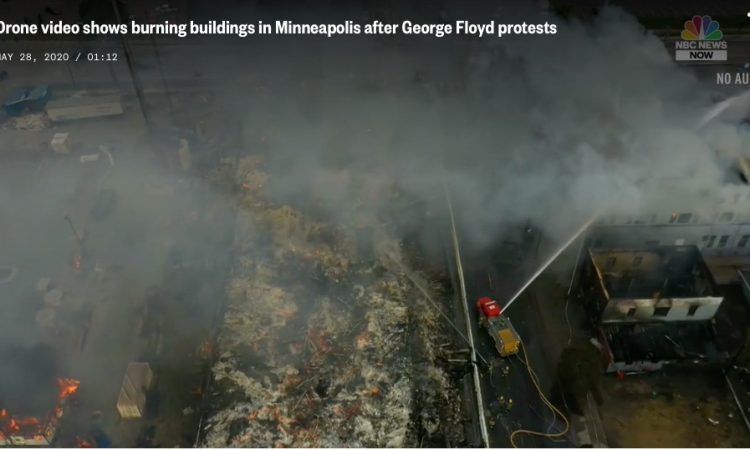 Video footage filmed by a drone was aired on NBC News showing the flaming devastation in Minneapolis after people rioted, looted shops and set fire to buildings and vehicles. The trigger was the death of black man George Floyd while in police custody earlier this week.

Four Minneapolis police officers were fired after one of them was shown on camera putting his knee on the neck of Floyd while in handcuffs, for about eight minutes. Floyd, whom police approached while responding to a call about a forgery at a nearby store, was recorded pleading with Officer Derek Chauvin “Please, please, please, I can’t breathe.”

Floyd’s death is being investigated by the FBI and the Minnesota Bureau of Criminal Apprehension.