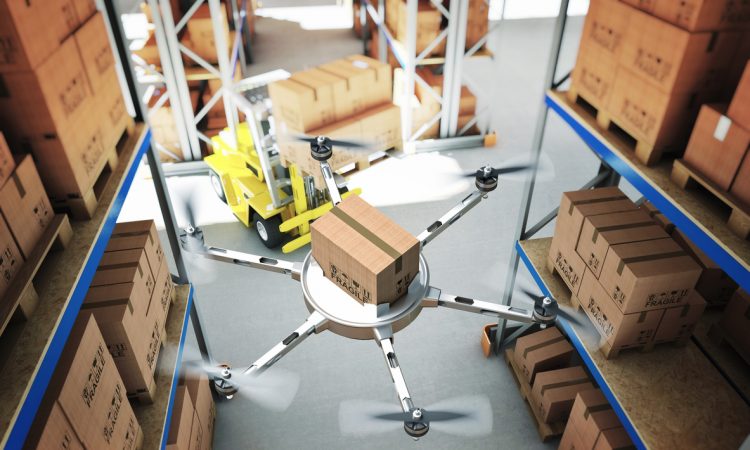 Warehouses are set to undergo a radical shift from being boring beige boxes in far-flung suburbs to smaller-scale, customer-friendly buildings, report commercialrealestate.com.au, potentially incorporating a drive-through layout more at home in a fast-food setting. An important part of this change will be the use of drones. These are among the findings of a report from Colliers International titled ‘Industrial Property of the Future’.

Picking up products directly from the warehouse might be the most convenient way for customers to collect their orders, putting pressure on companies to smarten up their premises, so that they act as both as a showroom and storage space.

According to Monica Velez, Colliers’ National Director, logistics and supply chain, the warehouses of the future could follow a similar format to a McDonald’s store, with a drive-up window where orders are taken and another, but separate area, for collection.

“Customers will be able to drive up to a kiosk to get orders brought to the car or instead drive into the warehouse premises to collect the products at different staging areas,” the report says.

It also predicts an uptick in new delivery modes, although the proliferation of these is more dependent on the permissibility of government regulations. The use of drones, for example, will be contingent on air rights and developing a system “in which operators could fly their drones within different zones”.

Meanwhile, drones are increasingly being used within warehouses to monitor inventory and generally manage the business (see video below). FlytBase and Wilstair are two of the leading companies within this market.

Future warehouses are more likely to be spread across an urban area, with the potential for a rise in the number of “micro-warehouses” within inner-city locations. Other trends set to shape the industry include increasing robotisation and automation of logistics facilities.

Owing to the increased focus on e-commerce during the coronavirus pandemic, it is likely such changes will occur sooner rather than later. “My clients are asking not only, ‘How do we make things more efficient now’, but also what to do in the next five, 10 and 15 years’,” Velez says.

“We’re seeing in [terms of] the solutions that have been implemented, that automation is not taking jobs, but instead demanding other and new skillsets. So, instead of packers, for example, you require people to redesign the packaging or operating and managing the drones.”