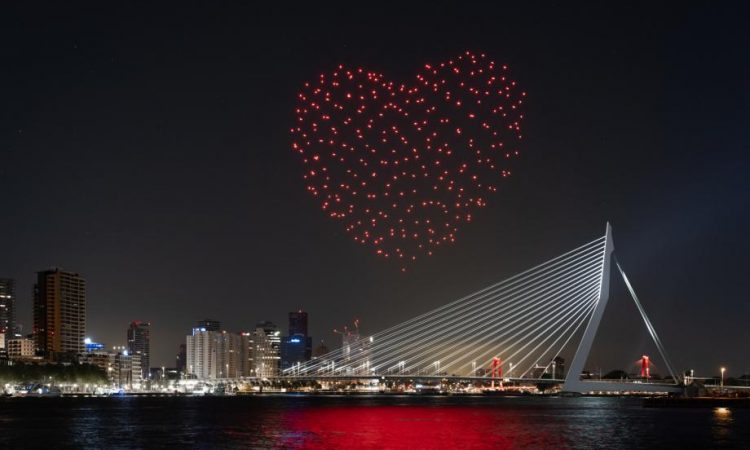 According to dutchnews.nl, more than 300 drones alongside live music created an eight minute spectacular light show over Rotterdam to celebrate freedom, culminating in the climax of a huge heart. Studio Drift, the drone company behind this visual feast, formed the heart above the waterway in central Rotterdam on Tuesday night, to celebrate 75 years since the end of WW2. The drone show was a special version of the studio’s Franchise Freedom performance.

The Amsterdam-based studio was formed by Dutch artists Lonneke Gordijn and Ralph Nauta in 2007. Together with a multifarious team of 64, they work on experiential sculptures, installations and performances all over the world. Studio Drift’s retrospective event at the Stedelijk Museum in 2018, attracted the highest number of visitors since the museum reopened six years ago.