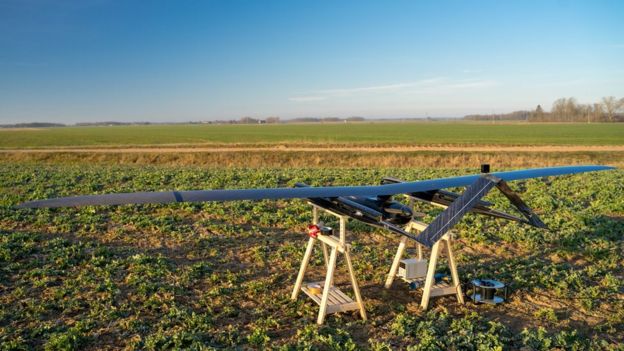 According to the theregister.co.uk, Latvian authorities are hunting a 26kg drone that went missing mid-flight, causing air-traffic problems.

Local Latvian news website, Apollo, reported that a test flight went disastrously wrong when drone firm SIA UAV Factory lost control of one of their remote-controlled aircraft. The “experimental vertical takeoff and landing craft” was reportedly being test-flown when ground personnel lost communication with it. A company spokesman, Jevgenijs Sinikovs, confirmed the drone can “fly for up to 90 hours”, adding, “Its gliding in orbit depends on the wind.” The manufacturer asked the public to phone in if they sighted the craft. There were many reported sightings but none have been confirmed.

Local sources say the drone was last seen flying at an altitude of 200 metres. The craft itself measures 3.5m x 5.5m, weighs 26kg and has a top speed of 70kph. Helpfully, it also took off with fuel for up to 90 hours of flying time, meaning Latvian airspace could be closed for most of this week unless the rogue drone is discovered.

The aviation authority has restricted flights below 6,000 metres in the region while they search for it. Officials say it is likely the drone, which took off on saturday, has probably landed. It had enough fuel to fly until 19:10 local time on Tuesday.

Despite lower air traffic across Europe due to the coronavirus pandemic, the errant UAV has created some problems, closing airspace over Riga International Airport and causing the redirection of a flight from China to Tallinn. Meanwhile, multiple aircraft are still searching for it.