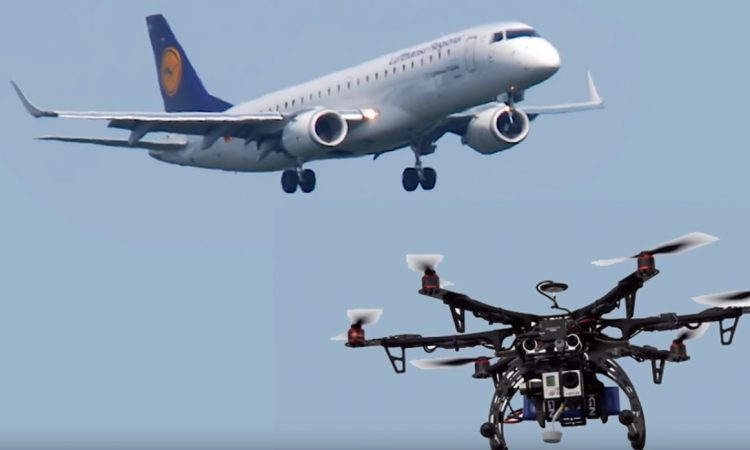 Germany is planning a new drone detection system – an 11-mile exclusion-zone – around airports, reports German newspaper, Süddeutsche Zeitung and the UK’s Daily Mail. The exclusion area would extend up to 1,300m above airports and seek to prevent its closure due to drone fears – a fate Frankfurt Airport has already suffered twice this year.

According to newspaper reports: ‘The operation of unmanned aerial vehicles near airfields is a significant risk for the safety of flight operations,’ said an air traffic control spokesman. The plan would see the development of a new technology for drone surveillance and its registration….Especially for the detection of uncooperative drones, a reliable technology must be procured,” said the spokesman.

Experts suggest it may include new radar surveillance, jammers and the setting up of sensors that sound an alarm when they sense signals between the remote control and the flying object. State and federal police would manage the equipment, but the proposed project is not yet funded: the airport managers are reluctant to pay for protection far away from the airport perimeter.

German drone operators are already banned from flying closer than 0.9 miles (1.5km) from the airports. In March Frankfurt Airport stopped flights for around 30 minutes following a drone sighting. Another 48-minute stoppage occurred weeks later, leaving dozens of flights delayed or cancelled. Passengers were stranded on the tarmac as a helicopter sought the drone.

Frankfurt airport ran military anti-drone trials earlier this, which included the use of jammers..