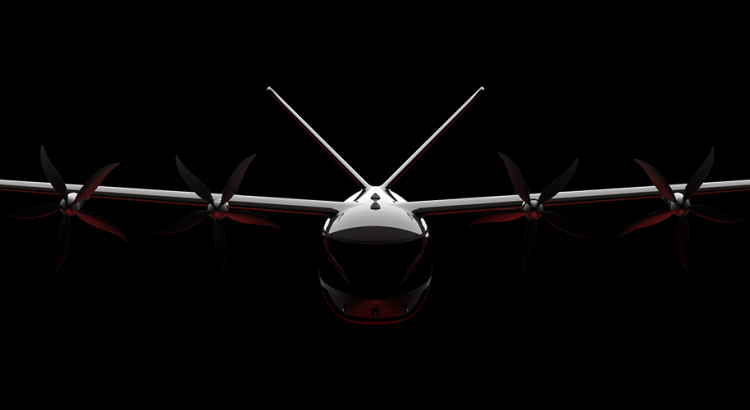 Archer is developing an all-electric vertical takeoff and landing (eVTOL) aircraft focused on improving mobility in cities. The company announced its launch on May 21st, 2020, reports eVTOL.news.

Archer’s aircraft (as yet unnamed) can carry four passengers for up to 100 km at speeds of up to 241 km/h, using today’s battery technologies. The company aims to provide a faster, sustainable, and affordable urban transportation option. Archer says “it’s unique design will also offer passengers increased safety while producing minimal noise compared to helicopters.”

The company was founded in early 2020. An image of its preliminary aircraft designs shows six pairs of five-bladed, highly tapered propellers. The wing is fixed but the propellers tilt up for vertical flight. The sleek fuselage is completed with a V-tail.

Initially, Archer plans to focus on dense markets with heavy traffic congestion. In the long term, Archer says it will expand its reach, developing a unique air taxi transportation network. “Our goal is to make our electric aircraft just as safe as commercial airliners,” the website states.

With a facility adjacent to the Palo Alto Airport (in the San Francisco Bay Area), Archer is “dedicated to reshaping urban air mobility, focusing on saving time for users in urban areas.” The company is led by co-founders Brett Adcock and Adam Goldstein, serial entrepreneurs who recently sold marketplace startup Vettery to The Adecco Group for over $100M.

Marc Lore, another serial entrepreneur and CEO of Walmart eCommerce, is the largest investor in the company. With Lore’s backing, Archer says it “has the capital needed to lead the urban air mobility market, while leveraging Lore’s unparalleled entrepreneurial perspective.”

Lore has a track record of founding ventures “to solve consumer pain points.” Most recently, he sold challenger e-commerce brand Jet.com to Walmart for $3.3 billion. Before starting Jet.com, he sold Quidsi to Amazon for $550 million in 2010.

Archer has attracted top industry talent, with some 45 engineers as of May 2020, including talent from competing eVTOL startups Joby, Airbus Vahana and Wisk. Tom Muniz, previously the VP of Engineering at Wisk, has been named Archer’s VP of Engineering, while Geoff Bower will serve as Chief Engineer, a title he held at Airbus Vahana. Alan Chen, who was the head of Flight Controls at Wisk, is now the guidance, navigation and control (GNC) lead for Archer, while Ben Goldman, previously the Aeroacoustic Lead at Joby, is the Acoustics Lead at Archer.

When the Vahana program ended in early 2020, most of the subsystem leads also moved over to Archer, including aerodynamics, flight controls, flight test and avionics. The two co-founders stressed that they were designing the aircraft to robust standards, such as “a minimum 60 miles of range in the worst case condition” with today’s battery technology at end of life, in realistic flight conditions, with reserves, etc.

The company has flown subscale models and is now working on an 80%-scale demonstrator that should fly in 2021. At program unveiling, the team was completing the preliminary design.