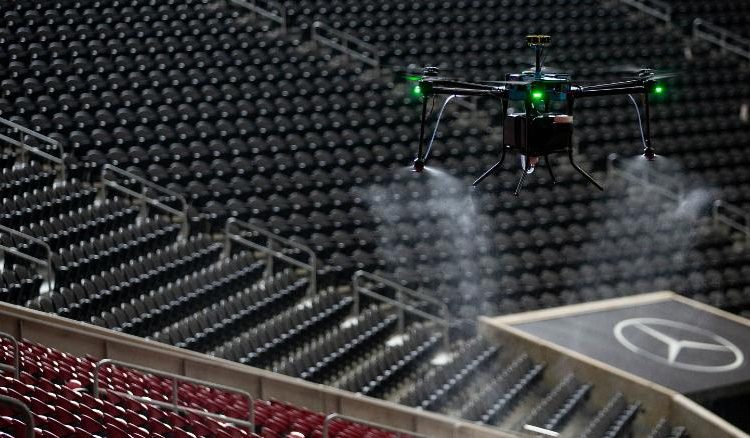 MBS, which is home to the Atlanta Falcons and Atlanta United FC, partnered with Charlotte-based company, Lucid Drone Technologies, to deploy its ‘D1’ disinfecting drones to sanitise key arena areas. The technology has been trialled as part of the stadium’s sanitisation process given it welcomes back fans for the Falcons’ upcoming home game against the Carolina Panthers on October 11th.

It is unclear how many supporters will be allowed in for the game. The Falcons hosted 500 friends and family members on September 27th for the team’s home game against the Chicago Bears, but have not allowed ticketed spectators in for its first two home games of the season.

The drones are being used to disinfect the seating bowl, handrails and glass partitions in the stadium after each event. The drone use has allowed stadium workers to be redeployed in other areas of the arena, and allows for a 95% reduction in time spent cleaning the seating bowl.

Jackie Poulakos, the Building Operations Manager, said, “This stadium is extremely large and as we begin to slowly welcome fans back, these drones allow us to thoroughly sanitise the arena between games and private events.”

He continued, “We are always challenged to innovate and this new technology is the ideal solution to effectively disinfect and sanitise our stadium in an efficient and safe manner.”