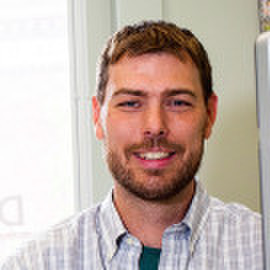 During June, many onlookers in the Burlington, Vermont USA area saw something unusual in the sky; a large transport helicopter flying overhead with a smaller craft dangling below it like a marionette, reports vpr.org.

Unbeknown, the smaller aircraft was an experimental prototype being transported from Burlington International Airport, across Lake Champlain to Plattsburgh.

The aircraft codenamed “Alia”, is electrically powered, a vertical takeoff and landing airplane, like a helicopter, but flies forward as an airplane, and is being developed by Beta Technologies, a startup company based in Burlington.

Kyle Clark (KC): Alia is a 6,000-7,000-pound fully electric aircraft that takes off and lands vertically and flies horizontally. Its specific features enabling it to do that are four top-lifting rotors like those on a drone and one pusher motor like an airplane, and a big, sweeping laminar flow airfoil wing that allows it to move through the air super efficiently.

Mitch Wertlieb (MW): How do you envision this aircraft being used?

KC: We’re crossing certain mission thresholds, and right now we’re at the mission range of 150 to 200 nautical miles, which initially supports things like organ and tissue and blood product deliveries that are super time sensitive, and moving very high-value cargo between hospitals.

MW: Eventually do you see being able to transport people like an emergency aircraft would?

KC: Absolutely, yeah. It will certainly be used in medevac applications. The next application is for cargo delivery, where the nose of the aircraft opens up and it’s a very quick load of a complete container. And the further applications include moving people that are healthy in the form of an air taxi, which is a little further off for reasons around the complexity of moving people in and out of urban environments. It’s not just about the airplane; it’s about the vertical heliports and the municipalities in which you’re operating. So that’s our stepwise entry to market. [We’re] really focused on succeeding in the medical delivery mission first.

MW: I am wondering, why did the aircraft need to hitch a ride on a big helicopter instead of flying over itself when you did that initial transport to Plattsburgh?

KC: Yeah, that’s a great question. In typical experimental aircraft programs, you have maybe a new airframe with a known engine. Everything about this aircraft is brand new. It’s got a brand new airframe, brand new aerodynamic principles for flying between the helicopter and airplane mode. And most importantly, a completely newly developed inverter motor battery system. Those were all developed here in Burlington. And I was faced with the choice of either shipping everybody over to Plattsburgh, where we obtained FAA flight clearance for phase 1 flight testing over the lake, where if something goes wrong, we just ditch the airplane and nothing on the ground is harmed, or developing and building this in Burlington and then moving it in one shot over to Plattsburgh.

And I elected to say: let’s keep all the people here in Burlington building the aircraft. And then when it’s ready, we’ll move it to Plattsburgh for flight testing. And the cost and risks associated with that were lower than flying everybody or driving back and forth to Plattsburgh on the daily for the last year while we constructed the aircraft. So we selected a 61 Sikorsky helicopter, picked it up out of the Burlington Airport, flew across the lake and set it down in Plattsburgh. And we’ve conducted since then about 25 successful test flights on the wing.

It’s still a piloted aircraft. The FAA will not allow for autonomous flight, at least for eight to 10 years. So our commercial entry will be with pilots in the cockpit.

MW: Well, with a pilot or without a pilot, one of the exciting things about this is the fact that it’s electrically powered at a time of climate change, when we’re trying to cut down on fuel emissions. This could be a real game changer. Do you see foresee producing crafts like this for commercial use, ultimately?

KC: We’re actually the only company in the industry that has commercial orders for these aircraft. We’re very excited about that. The sustainability or the environmental operational use of this aircraft is actually not at odds with the economics. There is a massive cost reduction when you cut the fuel out of aviation. Also, there are the maintenance requirements around, you know, very, very hot jet engines burning fuel. And with the electrics, they run colder, so they last a lot longer and of course, your energy cost is about a thirtieth of what the energy costs [are] when you take into account the conversion efficiencies and everything else, to net operating costs. Even with a new aircraft drop relative to burning fuel, those economics are directly aligned with the sustainability of the aircraft.