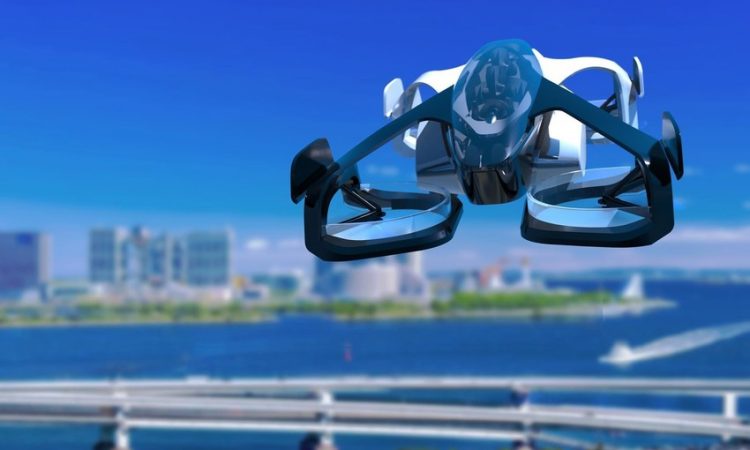 The Japanese government is investing large sums of money to develop flying cars with the aim of commercialising this market by as early as 2023, reports the World Economic Forum.

A number of flying car concepts are being developed around the world with companies like Airbus, Boeing and Uber at the forefront. One Japanese company, Skydive, is even aiming to sell 100 vehicles by 2028 at the cost of an expensive car.

SkyDrive, one of the country’s latest flying car start-ups, recently revealed the SD-XX, an elegant two-person eVTOL aircraft, about the size of a car, with a range of over 20 kilometres at 100 kmh (62 mph). The company is hoping to complete its first flight test this year.

SkyDrive CEO, Tomohiro Fukuzawa, a former engineer at Toyota, told the Japan Times, “We’re considering launching an air taxi service in big cities, either Osaka or Tokyo, with initial flights over the sea.” Adding, “It would be too risky to fly over people all of a sudden.”

The start-up is hoping to begin with round trips around various resorts, including Universal Studios Japan. Fukuzawa continued, “The initial model will fly basically on auto-pilot, but it’s not 100 percent autonomous because an operator would need to manoeuvre it in case of an emergency.”

Watch Video (half way down page)