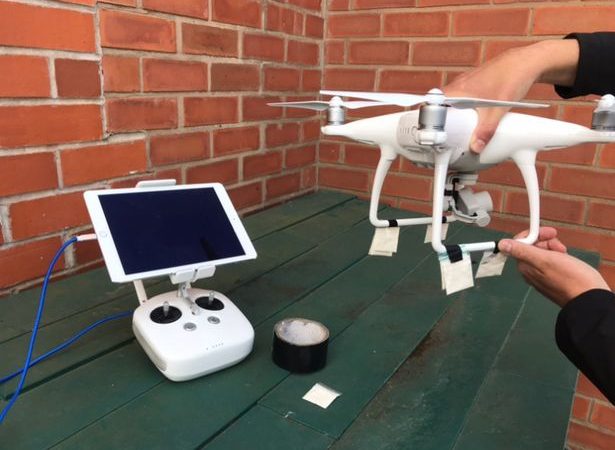 The mirror.co.uk published an exclusive story that drones are being employed by UK drug dealers to get around lockdown. This criminal element are highly visible on empty streets due to the pandemic, so they’re using new tactics to avoid the law.

Cunning cocaine sellers for example, are beating the coronavirus lockdown by using drones to deliver their drugs. Customers place bright towels in their gardens as markers to spot from the air. The drug-loaded drone lands and the buyer collects their bag before meeting the dealer in a car park to later pay.

One commented: “This is the perfect way to beat lockdown. We’re worried about being pulled over if we go out, but this lets us trade from our own homes. It’s a real boon.” Another in Cheshire explained he loads his drone, controlled via a tablet, with up to ten £50 bags of coke. He said: “The police are stopping everyone so it’s risky driving drugs around. You stand out a mile.

“I forked out a grand and a half for this Phantom 4 drone. I can attach ten bags a time. That’s £500 a pop. I just fly it out from my place then make sure there’s a visible landing pad – something like a bright towel – I’ll get customers to put on the ground. Then I’ll just control the landing, drop the gear off. Job done.”

Sussex Police said they are making “far more arrests” in the lockdown, but Det Supt Jo Banks said: “The demand for drugs hasn’t changed, but how these criminal networks are operating has changed.”

Last month, National Crime Agency director general Lynne Owens said some dealers are dressing as key workers to exploit the lockdown. She said: “They are having to find new ways of working. Dealers recognise that with fewer people on the streets they are more visible.”

The Cheshire dealer continued, “I’ll collect the money at supermarket car parks. That way I don’t have to be carrying any gear. I only ever have to leave the house to reload on the product and collect cash.”

Meanwhile, dealers have been using drones to deliver drugs to prisons for years, forcing penitentiaries to put up nets to stop them.