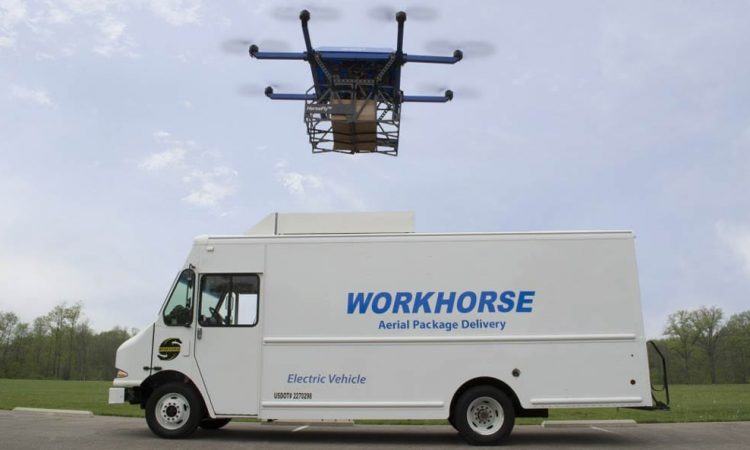 According to the UK’s dailymail.co.uk, a new study has found that employing delivery drones in dense urban environments may actually consume more energy than a conventional electric delivery van.

Thomas Kirschstein, an economist at Martin Luther University in Halle-Wittenberg, Germany developed a simulation to compare how energy efficient different conveyance methods would be in a large and crowded city.

He compared a delivery drone with an electric van as they travelled through a digital recreation of Berlin to see which required the least amount of fossil fuel to complete equivalent delivery routes.

The study found that drones consumed up to ten times more energy than electric vans because, presently, they can only carry one parcel at a time and require frequent back and forth trips while bringing parcels to people, whereas the clear winner were electric vans as they can hold multiple packages and therefore require fewer trips. The van can also park while a human carries the packages to their destination, whereas drones require a constant flow of electricity to hover while waiting for customers at their delivery destinations.  Another factor were crosswinds and headwinds, which can also increase the amount of energy a drone requires.

“Drones consume a relatively large amount of energy when they have to hover in one place in the air,” commented Kirschstein during an interview with the University’s news blog. “For example, when they deliver a parcel and have to wait outside the door of the recipient’s home.” Another major factor is the present drone’s lack of storage space, which requires far more back and forth travel to pick up new packages.

“Parcel carriers, for example, can stop and deliver several items on foot if multiple customers are receiving deliveries in one street,’ continued Kirschstein. “This is not possible for drones, as they can only despatch one package at a time. This increases their energy consumption, sometimes drastically.”

Of course, drone delivery technology is still in its infancy and no doubt advances will be made to counteract such criticism. Road congestion and speed of delivery was not scutinised between the two forms of transport. The study though did conclude that one primary area where drones have an energy advantage over vans was in rural settings where they can fly more direct routes than ground vehicles.

For more information including video