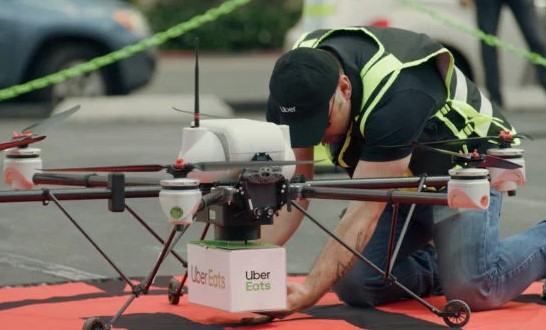 Uber Eats successfully tested its first food delivery by drone in high-density urban San Diego, one of the company’s’ partners announced in a press release.

The City of San Diego is a lead participant in the IPP program and is home to a significant amount of research and development in drone flight in collaboration with 20 regional organizations including the San Diego Regional Economic Development Corporation.

VOXL, a computing platform developed by ModlAI connected to Uber Elevate Cloud Services by 4G, keeping the drone on the flight path even when the drone was out of sight from the pilot-in-command.

It also assisted with autonomous navigation of the aircraft and air traffic monitoring via Automatic Dependent Surveillance-Broadcast (ADS-B). It also mapped the progress of the Uber Eats drone so the pilot-in-command could see the drone on a digital map at all times.

“Integrating drones into the national airspace, especially in high-density urban areas, is challenging,” said Dr. Tom Prevot, Director of Uber Elevate. “Tall buildings and flight distance mean operating beyond the range of typical remote control, so the integration of ModalAI has been crucial to our efforts.”