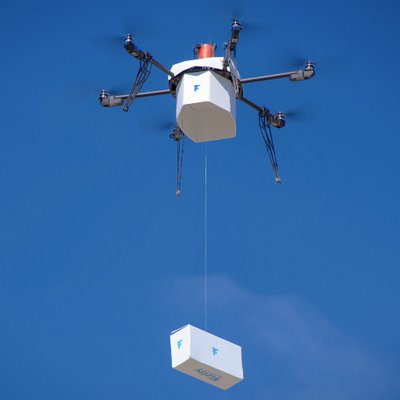 Flirtey will begin delivery of automated external defibrillator (AED) and commercial packages to homes in the United States next year, according to Matthew Sweeny, the Founder and CEO of the drone delivery company.

On July 17, 2019, Flirtey made history as the first company to conduct an FAA-approved drone delivery on U.S. soil, according to the company. This took place in Wise County, Virginia, during the July 17, 2015 event called Let’s Fly Wisely.

Following Let’s Fly Wisely, Flirtey has been expanding its regulatory approvals. In May 2018, the company, alongside the City of Reno, was selected into the FAA and Department of Transportation’s highly competitive Unmanned Aircraft System (UAS) Integration Pilot Program (IPP), in which only ten locations in the U.S. were selected to participate. Flirtey’s advanced technology has garnered FAA approval for the first multi-drone delivery operation in the United States, enabling a single pilot to simultaneously operate multiple Flirtey drones. In March 2019, the company has received approval from the FAA to run drone delivery flights beyond visual line of sight (BVLOS), allowing a Flirtey pilot to control drone delivery operations from a remote location.