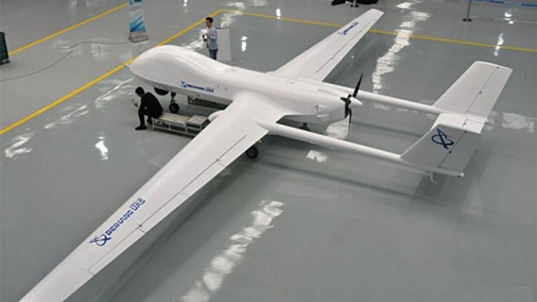 Flight Global reports that Garuda Indonesia has entered into a partnership with Beihang UAS Technology to use BKZ-005 unmanned aerial vehicles to transport cargo in Indonesia,

The report says that in the initial stage, Garuda will take three of the UAVs, which will be capable of carrying up to 1.2 tonnes of cargo, with an endurance of 1,200km while flying at an altitude of up to 5,000 metres. Testing the UAVs is understood to take place in September, with plans to begin operational deployments in the fourth quarter of 2019.