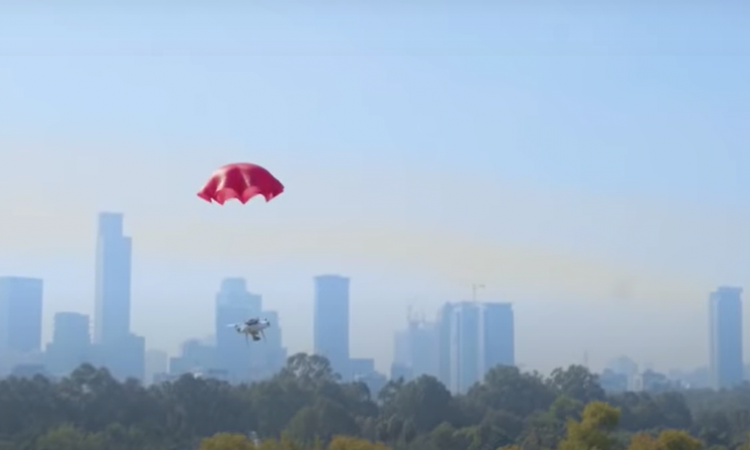 The second phase of an experimental joint venture between Israeli company ParaZero and Latin American company Speedbird aimed at delivery missions by drones, is scheduled for next month.

Drones will pick up orders from the rooftop of a large shopping complex in São Paulo and then transport them to a nearby iFood pickup hub, where couriers in ground vehicles will shuttle orders to their final destinations.  Each delivery route will take the drones approximately two minutes to fly.

The second delivery route to be tested soon is designed to validate the operational safety of a delivery route which will involve a beyond visual line of sight (BVLOS) to a secondary iFood pickup hub approximately 1.5 km away.  If this phase is successful it will enable a broader distribution footprint.

Speedbird Aero operates a proprietary delivery drone with an integrated ParaZero parachute recovery system and is one of the first companies in Latin America to win regulatory approval for a drone delivery operation. Throughout the certification process – which took more than a year to complete – local regulators assessed the safety management and risk mitigation planning aspects of Speedbird Aero’s operations, which included a ParaZero autonomous parachute system for each delivery drone in the company’s fleet.  As part of the certification process, Speedbird Aero was required to perform six parachute deployments,

SafeAir uses independent sensors to constantly monitor and analyze the drone’s flight data and flight patterns. Critical drone failures are immediately identified triggering a series of safety measures at unmatched speed: Power to motors is terminated to avoid laceration injuries and entanglement in the parachute’s cords.

A parachute is activated aided by a patented ballistic parachute launcher to fully open the canopy in a fraction of a second. An audio warning buzzer warns bystanders below about incoming danger from above giving them ample time to move out of harm’s way.

If the second phase is successful and all the regulators approve the BVLOS flight it is expected that more drone delivery services will be offered to other Latin American cities.