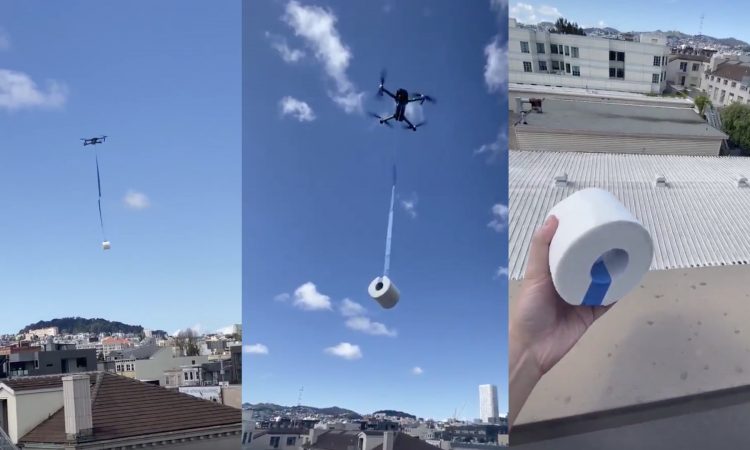 During these extreme and disturbing times the public’s freedom has been severely curtailed, yet people are finding innovative and creative ways of employing drones when in lockdown at home.

A typical example is a man in Cyprus who employed a drone to take his dog for a walk. His video of the feat was posted on Facebook and later Twitter. The film went viral and has now gained close to 5 million views. The caption states: “5thday quarantine. Stay home safe but don’t forget your dog’s happiness.” Although, the video does leave some viewers wondering who was there to clean up the dog poop.

The video comes after Cyprus President, Nicos Anastasiades, declared a state of emergency at the weekend when he announced new lockdown measures including the closing of public areas like shopping malls and department stores and only allowing those with medical clearance to enter the country.

Elsewhere, employing drones to carry essential items from one home to another is on the increase. One young man called Ian Chan was in lockdown in San Francisco and facing the ultimate nightmare of running out of toilet paper. He contacted a friend, David, asking for help. Well supplied, David attached a spare roll to his drone and promptly flew it across the City. Ian posted a video on Twitter and tweeted, “There are lots of people out there (here in US and other countries) in not good spots. I’m taking it very seriously. But hopefully this dumb tweet added some brief humor / happiness into your timeline/day. Stay safe & healthy everyone.”