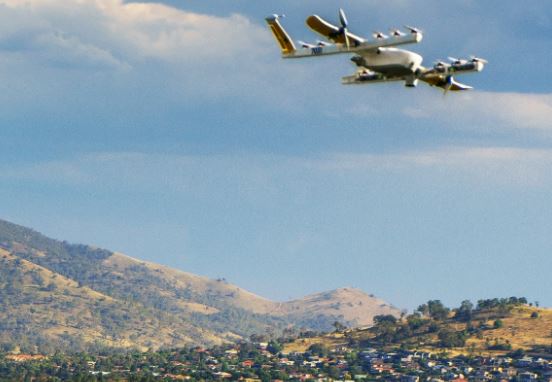 Project Wing’s Canberra drone delivery programme has gone through the trial phase and has now been given an operating licence by the Civil Aviation Safety Authority (CASA) of Australia.

CASA has been evaluating Wing trials in Bonython in Canberra’s south and following its approval Wing will now spread its operations to Gungahlin in the north of the city delivering gelato and golfing equipment by drone directly to homes from its warehouse in Mitchell. Twelve local businesses have already signed up to the programme.

The Bonython trial has been under way for a year, involving more a thousand deliveries without a safety incident but with plenty of complaints from local residents about the noise (https://www.urbanairmobilitynews.com/express-delivery/residents-reportedly-unhappy-with-project-wing-canberra-drone-delivery-trials/).

Since then, Wing has developed a new, quieter, drone.

According to a Wing statement: “For the past 18 months, we’ve been trialling in the customer experience of drone delivery with residents in ACT and NSW, partnering with businesses to provide food and drinks, over-the-counter chemist items, and locally-made coffee and chocolate.  We’ve opened our first ongoing delivery facility in Mitchell, and we plan to commence our service in Crace, Palmerston and Franklin in the coming weeks. Over the coming months, we’ll gradually expand our service to the suburbs of Harrison, and Gungahlin