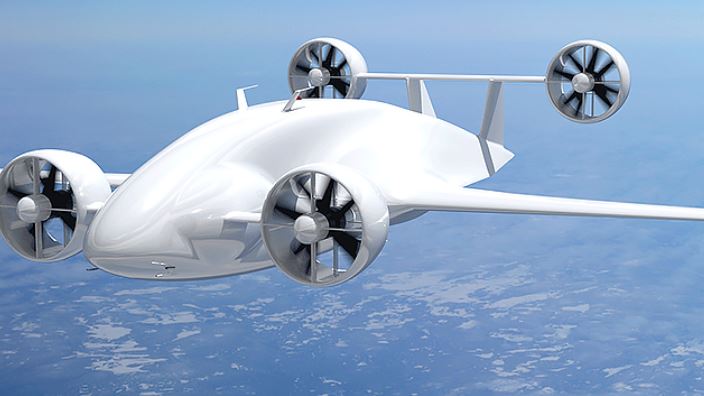 Sabrewing Aircraft Company, Inc. and the Aleut Community of St. Paul Island, the Unangan (Aleut) Tribe of Native Alaskans, located on St. Paul and St. George, Pribilof Islands, have jointly announced that they have signed an agreement for Sabrewing to provide a mix of up to ten aircraft – featuring both the 800–pound–payload “Rhaegal” (pictured) and the 4400–pound–payload “Wyvern” aircraft. Both aircraft will be tested in a new test range that was created by ACSPI following the ratification of the FAA Reauthorization Bill by Congress last fall.

According to a Sabrewing press release the ACSPI is creating the largest aircraft test range – both manned and unmanned – on the Bering Sea, centered about St. Paul Island. “We currently test small drones under the FAA rules on our island. Under the H.R. 302, the FAA Reauthorization Act signed in October of 2018, our community is able to establish its own test range, allowing us to serve the flight test needs of the Department of Defense and industry as well,” stated Amos Philemonoff, Tribal Council President, Aleut Community of St. Paul Island.

Under the agreement, Sabrewing will provide equipment and training to allow the ACSPI community to initiate and operate a complete test range complex, known as the St. Paul eXperimental Test Range (SPxTR) Complex (“Spectre Complex”). St. Paul Island is located approximately 230 miles to the north of Unalaska-Dutch Harbor and 770 miles west of Anchorage.   Centered in the Bering Sea, St. Paul Island and the SPxTR Complex, will be one of the largest aircraft test ranges in North America.

Also as part of this agreement, Sabrewing will use the SPxTR Complex to conduct research and development on its aircraft designs, and to conduct FAA certification of its aircraft as well. “It’s the best large UAV test range that I’ve ever seen in the 31 years that I’ve been testing and certifying aircraft,” said Ed De Reyes, CEO of Sabrewing Aircraft Company. Not only will Sabrewing be testing in the SPxTR Complex, they will also provide the test equipment, telemetry and other equipment to allow the ACSPI to operate the test complex for other customers besides Sabrewing. Sabrewing is also providing portable, remote operations and telemetry stations to the ACSPI to use in aircraft testing.

According to John “Nevada” Nevadomsky, former Flight Test Manager for Northrop Grumman and former Director of the Pan Pacific UAV Test Range Complex, and now the Director of Research, Development, Test and Evaluation for Sabrewing, “The SPxTR Complex has the capability of testing any aircraft over the Bering Sea – with more space and capability than any test range that I’m familiar with.”

In addition to the aircraft and test range, Sabrewing and ACSPI are creating a joint venture corporation to provide UAV pilot training, maintenance and dispatcher training, and aircraft replacement and spare parts. The joint venture provides a vehicle for military and governmental contracting. Under this agreement, Sabrewing will build and sell (or lease) its cargo aircraft to commercial customers, and the joint venture will train the aircraft’s remote operators, mechanics and dispatchers. “We’ve been discussing the possibility of using pilots trained by the University of Alaska – Anchorage to train new pilots to a Commercial/Instrument-pilot level of competency, after which we would them train them to operate our aircraft. This would help the new pilot to build hours towards an Air Transport Pilot rating – and also help alleviate the current pilot shortage as well. In discussions with the FAA, they’ve been very open to ways to train pilots to help reduce the shortage,” said CEO De Reyes. He also stated that their remote pilots follow all the current procedures that “on-board” pilots follow, including flying instrument approaches and taking directions from air traffic control (ATC). Following published procedures and maneuvering the aircraft under ATC command is one of the most critical tasks that a pilot must perform.

Sabrewing and ACSPI have also agreed to jointly bid on Department of Defense and Federal contracts.

St. Paul Island is located about 250 air miles to the west of the western shore of Alaska, almost directly in the center of the Bering Sea. The island community of about 500 inhabitants has steadily led their population forward in both education and technology – even teaching classes in both Anchorage and St. Paul is drone pilot licensing, software development and conservation. St. Paul has also kept their native traditions alive by teaching their language in school to make sure that it will always be a part of their culture.